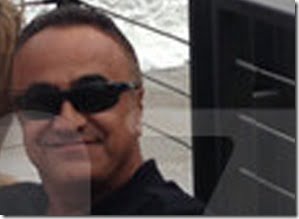 Thanks to 49-year-old Camran Shafighi we know what happens when you make former NBA star Scottie Pippen upset, and believe me is not pretty. Mr. Shafighi was born on January 27, 1964; he is the man suing hall of famer Pippen for the sum of $4 million!!!!

Remember when last month former Chicago Bulls star Pippen made headlines after he voluntarily came into a police station to be questioned and was cooperative about an incident involving another man that ended up at the hospital?? At the time the man’s identity was not revealed but Camran Shafighi is certainly not staying with his mouth shut and is telling the world what happened last month after ending up at the hospital following injuries on his head and neck caused by the 6′ 8″ former player. 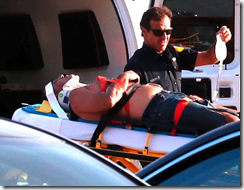 The $4 million lawsuit filed yesterday in Los Angeles Superior Court says 49-year-old plaintiff Camran simply asked Pippen for a photograph for his girlfriend’s 12-year-old son and in return he received a “brutal and unjustified physical attack” that included spit in the face, a shove, and a punch that sent Shafighi to the ground. Which makes no sense at all, why would that make Pippen react that way, you know.

Last month Pippen and his family were dining at famous restaurant Nobu in Malibu, Camran was also at the frequented by celebrities joint and according to Pippen’s version of events Shafighi might have gotten into his nerves so much that made the 47-year-old former player react and lose his cool! Apparently Camran had it coming since he’s been described to be “intoxicated” on June 23, the day of events; and after allegedly uttering the N-word it was a done deal for the player. Do you think this justifies Pippen punching him?? Should Camran get some cash out of it?

The investigation still needs to tie up some details and meanwhile police haven’t charged the former NBA superstar with anything.

We found a Linkedin profile under Camran Shafighi’s name that says, he’s been a general manager at Santa Monica Rover for over 22 years. There is also a possible twitter account you can check it out here.