44-year-old actress and TV personality Candis Cayne is said to be extremely close to Caitlyn Jenner –formerly known as Bruce Jenner, the Olympic athlete turned reality TV star who as you know, most recently transitioned into a woman!

Reports about Jenner or his extended family the Kardshians are issued almost every day but last night it was all about Jenner being in the spotlight.

Caitlyn Jenner received the Arthur Ashe Courage Award at the ESPYs last night, she was handed the medal by two-time Olympic gold medalist and women’s World Cup Champ Abby Wambach.  This was Jenner’s first public appearance since her stunning Vanity Fair Cover went viral, and she didn’t waste the platform to talk about the acceptance of all trans people saying:

“My plea to you tonight is to join me in making one of your issues as well,”  “Trans people deserve something vital. They deserve your respect.” 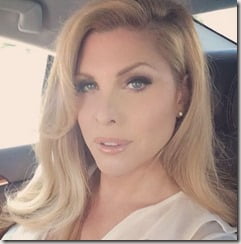 Many of Caitlyn’s family members including his children and mother were supporting the 65-year-old but one more person that is extremely happy for him should be Candis. Some reports say they could even be dating even though they haven’t confirmed the official status of their relationship.

Cayne –a actress and choreographer –even made her debut appearance in I Am Cait.

Candis is one of the first transgender actresses in Hollywood. She was born in Maui, Hawaii as Brendan McDaniel –one of two male fraternal twins. Her twin male brother is Dylan Cayne.

Following her high school graduation from Maui’s Baldwin High School she spent a year in L.A but later relocated to New York in the early 1990s. 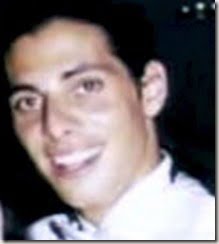 During an interview she revealed she began thinking about her self as a woman when she was 6-years-old. Growing up she could compare herself with her twin brother –whom she describes as her total opposite, while he was more tough and violent, Candis just wanted to play with her friends.

By 1997 she had begun making the transition to become a woman. She was trained in dance and caught attention in the New York City nightclub scene. At first she thought how the change would affect her career, she just wanted to be considered an actress, nothing more.

She’s perhaps best known for her role as a transgender mistress named Carmelita on ABC‘s prime time drama ***** **** Money –making her the first transgender actress to play a recurring transgender character in primetime.