A day short from the Charleston shooting, another young man has opened fire at two military facilities in Chattanooga, Tennessee! This time killing four Marines, reports say there are at least three other who were injured.

This morning , a gunman named Muhammad Youssef Abdulazeez fatally shot four Marines and others resulted wounded, including a police officer.

He resided in the Chattanooga area and reports say he was in trouble with the law earlier this year. Back in April her was arrested for driving under the influence in Hamilton County, Tennessee, according to the Chattanoogan.com. 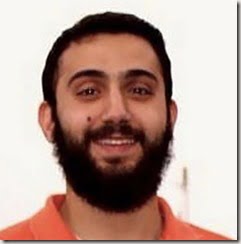 Youssef is believed to be linked to ISIS; a tweet with the hashtag #Chattanooga  from An ISIS-affiliated account was posted  just before the shooting took place.

It is not known when or if he was recruited by the Islamic State or what his exact motives were.

As far as a few years ago he was an intern with the Tennessee Valley Authority and also did internships at Mohawk Industries and Global Trade Express. He is a 2012 graduated from the University of Tennessee-Chattanooga and hold a degree in electrical engineering, He is also a graduate from Red Bank High School.

He wrote a letter to apply for the Engineer position with AAON, a fragment reads:

My educational background and work experience in electrical power reliability, quality assurance, and supply chain management, are a great match to this position’s requirements…This professional experience has broadened my skill set to the following fields; project management, operations improvement, process redesign, and technical writing. I’m excited about the opportunity to apply my knowledge and skills to your company…

Witnesses say the engineer fired from his car, a Mustang reports say. He also lost his life though details have not been released. The attack was being investigated as domestic terrorism.