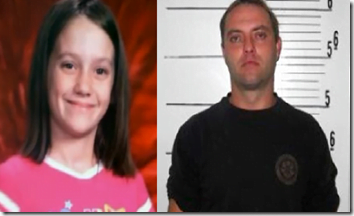 By now we’ve all heard the search about 12-year-old Adriaunna Horton who went missing Monday night from a town park. After more than 24 hours of search yesterday a body was found. The remains of what it could be Adrianna have been found near Golden City, not far from where the teen was kidnapped. The Highway Patrol has not confirmed it is her body. Patrol Sergeant Jason Pace says the medical examiner is working to confirm the identity of the remains however devastated family members have told some news outlets, that the body is Horton’s. At this point the search for Adriaunna was suspended.

More than 100 searchers were on the lookout for Adrianna and is just a devastating and tragic end for an innocent little girl. But her death might have someone to blame for already. Thanks to witness reports that led authorities to arrest Bobby Bourne, who has been charged with kidnapping and is being held in Barton County on $1 million bond. 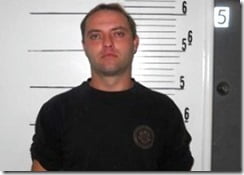 Bourne who has been charged with her kidnapping is a 34-year-old and according to Adriaunna’s little sister he approach the girls at the park asking for help to find his daughters who are friends with Adriaunna. She was last seen getting into an SUV thought to be Bourne’s about 5 p.m. at Hazel Park in Golden City.

According to Adriaunna’s dad James Horton, claims that Bourne lured Adriaunna into his vehicle by pretending to need help looking for his little girl, Horton told the media

“He was whining he couldn’t find his daughter. He had a missing child. He asked the girls in the park to help him,” “My oldest daughter walked up to his vehicle that’s when she was abducted.”

Police acted out really fast and after ninety minutes stopped a vehicle fitting the description provided by witnesses and arrested Bourne. In the small town where evrybody knows everybody Horton actually employed her alleged daughter’s kidnapper on a construction job last summer! And actually lived less than a block away from Adriaunna’s home.

So there are several connections to Bourne from Lamar, Mo,. and Adriaunna, does this makes him his kidnapper and ultimately her killer? Bobby D. Bourne was previously charged with domestic assault in Nov. 2012

Bourne was also an amateur songwriter and singer, on YouTube you can find a few videos of him actually singing, don’t miss the one below!