Oksana Ten & Yuri Ten were the parents of Olympic figure skater Denis Ten; the 25-year-old Kazakhstan native became the first Olympian from his hometown to win a medal in figure skating at the 2014 Winter Olympic in Sochi, Russia.

A series of injuries kept him off the ice rink, however, the managed to placed 27th place at this year’s winter Olympics in Pyeongchang. Ten who planned to write a film script and resume his economics studies; Ten considered retiring from figure skating, before he died in Almaty after been stabbed following a dispute with some individuals who tried to steal a mirror from his car. Denis Ten was rushed to a hospital, where he died from his injuries at the age of 25.

“Today is truly a dark day for all of us who knew and loved this young figure skater and were inspired by his talent and creativity,” Kazakhstan Olympic Committee president Timur Kulibayev said in a statement.

“Throughout his sporting career, Denis set an example with his motivation, strength of spirit and his champion’s personality.”

Denis’ loving and beautiful momma, Oksana a violin professor was born in Kazakhstan; her family fleed Korea long, long time ago; first, they settled in China and subsequently to Russia. In the1930’s Korean descents living in Russia, eventually relocated to  Kazakhstan, then a Soviet republic, but an independent region since 1991.

His father Yuri, was born and raised in Ukraine; he later moved to Kazakhstan, where he met Oksana, who later married and raised two sons; Alexei and Denis.

Yuri stayed home with Alexei, when Oksana move with her then 10-year-old son Denis to Moscow; where he would train under coach Elena Buianova; in 2010, Oksana and Denis moved to California.

In California, Oksana and Denis met Frank Carroll, who once coached Michelle Kwan and Evan Lysacek.

Our thoughts and prayers go out to Denis’ parents Oksana & Yuri Ten, their son Alexei, friends and colleges. 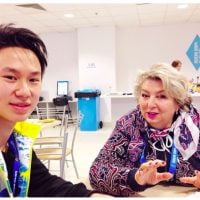 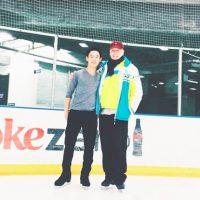 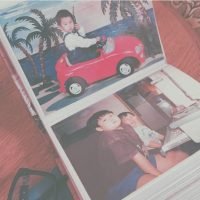 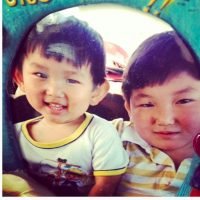 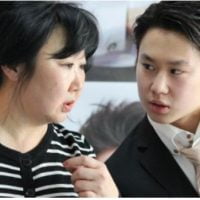