Meet Mary Ellen Wolfe & Tyce Nielsen, a married couple whose act on America’s Got Talent is winning people’s and the judge’s hearts.

Mary Ellen Wolfe and Tyce Nielsen are both aerial artist hailing from Salt Lake City and their trapeze act has been enough to make them advance in the show.

At home they are the proud parents of an adorable two-year-old boy but together they perform a trapeze act that clearly catches the eye of anybody. The two first appeared on AGT in a June episode and in last night’s show they suffered a frightening fall, however they are advancing to the next round.

For those watching, it was scary to witness after Tyce put on a blindfold, and Mary Ellen slipped through his hands and fell to the stage below, landing on a large padded. Despite the mishap, the judges sent Nielsen and Wolfe on to the next round of the NBC talent competition.

During their audition for “America’s Got Talent,” the couple revealed that Tyce has poor eyesight and is awaiting surgery.

Mary Ellen and Tyce Nielsen spoke to the judges expressing their desire to win in order to be able to land the gig in Vegas and thus be able to spend time with their young son instead of what they usually do and having to leave him for long periods of time while they make a living performing on the road. 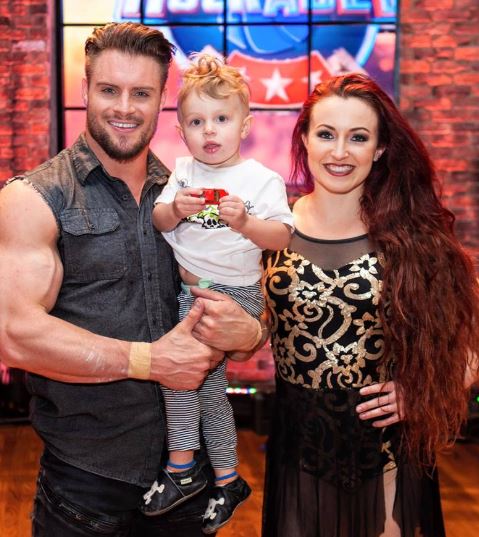 Mary Ellen Wolfe is a Huntington native who along with hubby Tyce work as aerialists for 45 Degrees, a Cirque du Soleil company out of Montreal, and are performing in the European country of Andorra. They also call themselves Duo Transcend. 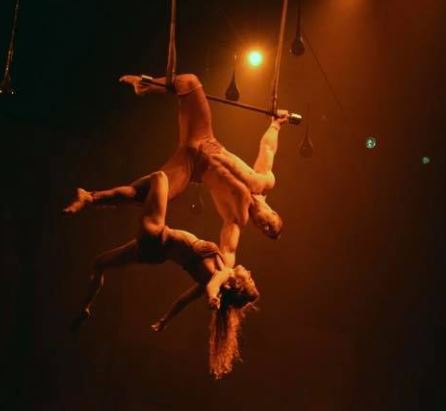 Wolfe-Neilson is the daughter of former Huntington mayor and former Cabell County Sheriff Kim Wolfe and his wife, regional actress Debbie Wolfe. Mary Ellen attended The University of Utah and also studied at Marshall University. She is a former Entertainment Director/Diver/Aerial at The Mayan Adventure.

As for Tyce Nielse, he attended Jordan High and has an equally impressive resume. He’s worked for The Mayan Adventure and as acrobat at Sea World San Diego. He is also a former Roller Skater\trapeze at Flic Flac – The Modern Art Of Circus.