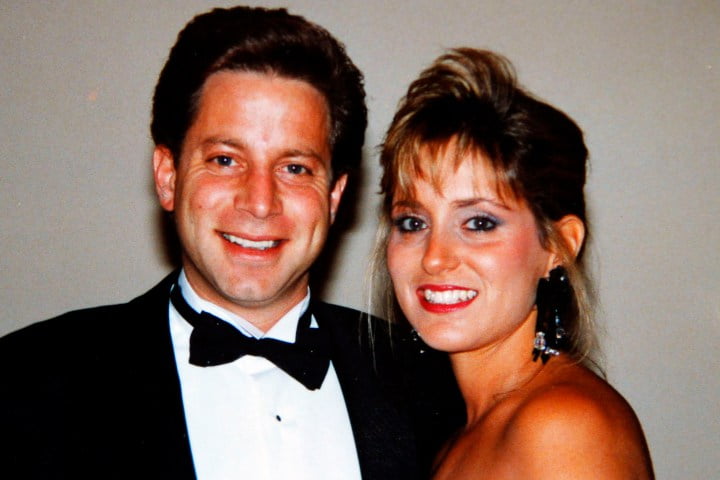 When in 1984, Nancy met her future husband, Danny Porush, he ran a bike messenger business in New York City. She had just returned from Miami, where she went to college, to her home town Mill Basin, Brooklyn. She met him at a party and was immediately impressed by him. He soon asked her to work for his company.

A year after they had started dating, he asked her to marry him. She was 23 at the time and all her friends were getting married. The wedding took place in January of 1986. She almost got cold feet, but her doctor convinced her that that was normal. She now says she wishes she had listened to her gut.

One day when commuting to work she met a “nice boy” from their building- it was Jordan Belfort. She introduced her husband to him, and the rest is, as they say, history.

In 1997, Danny was arrested and held in the Brooklyn Detention Center for three months. Nancy told their three children and friends that he was in Europe. A few months after he was released, he shocked her by asking for a divorce. He was in love with another woman and she was pregnant.

Nancy has said that Danny had her sign many legal papers, which she did without knowing what they contained. The government validated her claims and she too was a victim. She had to sell everything to support her family.

When Danny was released from prison in 2004, he started a medical supplies company, and lives in a multimillion dollar mansion with his new wife. He still sees his kids, but does not pay alimony to his first wife. In 2006 Nancy sued him for child support, but he claimed to have no assets and little income. Everything is in his new wife’s name.

Nancy, 52, says that today she is seeing a man who is very kind, and she is happy to be with someone she can trust.