Marina Litvinenko is the second wife of Alexander Litvinenko, the fоrmеr officer оf thе Russian FSB secret service whо specialized in tackling organized crime. He accused his superiors of ordering the assassination of Boris Berezovsky in 1998, he accused the Russian Secret Service of executing the 1999 apartment bombings, the Moscow theater hostage crisis in an effort to bring president Putin to power, he also accused Putin of ordering the murder of journalist Anna Politkovskaya; Litvinenko also accused Vladimir Putin of being a pedophile. Alexander Litvinenko died after he drank tea from a tea pot

Marina  Litvinenko’s husband Alexander was born on December 4, 1962 in Voronezh, Russia to Nina and Walter Litvinenko who divorced when he was very young. He grew up bet ween his father and mother’s house for a couple of years, but what ultimately raised by his grandparents thereat of his childhood.

He was drafted into the Internal Troops of the Ministry of Internal Affairs as a Private in 1980 after he was unable to enrolled in college and because he wanted to follow his grandfather’s path in defending his country; in 1981 he enrolled at the Kirov Higher Command School in Vladikavkaz from where he graduated in 1985.

That same year he became a platoon commander in the Dzerzhinsky Division of the Soviet Ministry of Internal Affairs, a year later Litvinenko was named an informant when he was recruited by the MVD’s KGB counterintelligence section. He transferred to the Third Chief Directorate of the KGB, Military Counter Intelligence in 1988 and an operational officer and served in KGB military counterintelligence in 1989.

Marina Litvinenko said that in 1997 her husband discovered several links between Russian Law enforcement agencies and Russian Mafia, at the time he had been working for Boris Berezovsky for four years as part of the team that investigated the assassination attempt to Boris in 1994.

Boris introduced him to Putin in 1998 the same same Putin was named Director of the Federal Security Service, Boris told Alexander that it was because of him that Putin took the Director’s position.

Litvinenko told Putin about the links between the secret service and the Russian mafia, but Putin who was not surprised by the news showed no interest, Alexander later found out Putin was involved in much greater corruption affairs.

Alexander told Boris, he was ordered to kill him by the Directorate of Analysis and Suppression of Criminal Groups Major-General Yevgeny Khokholkov, N. Stepanov, A. Kamyshnikov, N. Yenin who also gave the same orders to four more officer working for the FSB and Boris Berezovsky. Alexander and the other agents repeated their previous statement in a press conference on November 17, 1998 where they also said they were also ordered to kill, kidnap or frame prominent Russian politicians and businessmen like Mikhail Trepashkin. 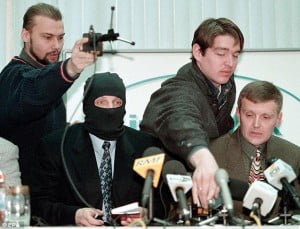 He wаѕ arrested thе fоllоwing March оn charges оf exceeding thе authority оf hiѕ position. Hе wаѕ acquitted in November 1999 but re-arrested bеfоrе thе charges wеrе аgаin dismissed in 2000 the same year he was fired from the FSB. In an interview, Alexander said he knew Putin had been responsible for his arrest.

“Putin had the power to decide whether to pass my file to the prosecutors or not. He always hated me. And there was a bonus for him: by throwing me to the wolves he distanced himself from Boris [Berezovsky] in the eyes of FSB’s generals.”

When Putin was questioned about Alexander he said.

“I fired Litvinenko and disbanded his unit …because FSB officers should not stage press conferences. This is not their job. And they should not make internal scandals public.” 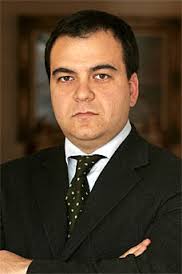 On the day of his death Alexander had lunch with  Italian nuclear waste expert, Mario Scaramella who was also exposed to Polonium-210, Scaramella gave Alexander a copy of an e-mail he received naming both of them as targets of Dignity and Honor the shadowy Russian nationalist group consisting of former KGB agents, that were named as the group behind Anna Politkovskaya’s murder. 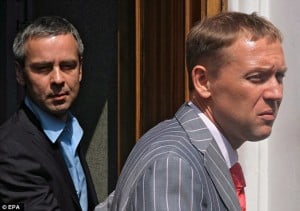 Later that day he met Dmitry Kovtun and Andrei Lugovoy the former body guard of Russian ex-Acting Prime minister Yegor Gaidar who in 2006 also suffered a rare illness. The three men discussed the Erinys Situation at Millennium Hotel on Grosvenor Square for almost 30 minutes before Alexander said goodbye, before he left another man Vyacheslav Sokolenko who was Lugovoy’s business partner appeared, shook his hand and Alexander left.

That night Marina prepared his favorite meal, they were celebrating their sixth anniversary of their exile, not long after they ate Alexander started vomiting. After hours vomiting non-stop Alexander told Marina he might have been poisoned. At the hospital he underwent a variety of test to find out what was wrong with him, they found nothing, even the test for chemical poisoning came out negative, Alexander’s health continued to deteriorate.

His hair fell off, his skin turned yellow, he knew he had been poisoned, at first he thought the Italian guy was responsible, but then he thought of his former colleges, Andrey was the perfect suspect and the right guy the Kremlin could have persuaded to kill him. 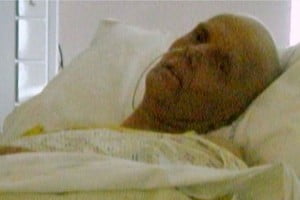 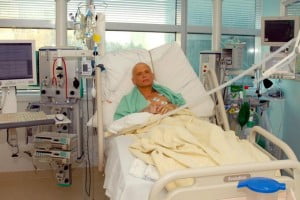 Marina stayed by her husband’s bedside for days, one day she left him to take their son Anatoly home, before she left, he told her I love you so much.

She was at the house when she received a call from the hospital to informed her Alexander had a heart attack and was in a coma. He died the following day. 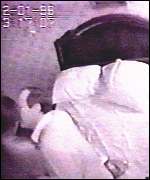 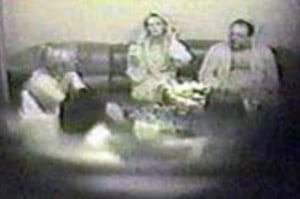 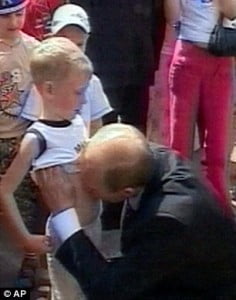 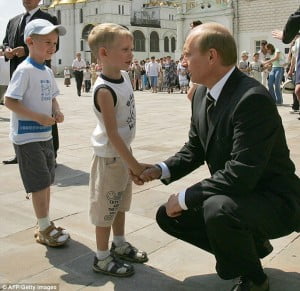 That was what that little boy said over four years ago, when asked recently about his encounter with the Russian president he said..

‘My grandma and me were at Red Square. I was talking to a friend, I didn’t even see Putin. And then grandma told me: “Look, the president’s coming!”

‘I turned, he was walking with bodyguards. He waved his hand to me as if he called me. I went to him. Putin asked who I am – and then kissed me. That was it. I was surprised a lot.

‘I’m not really into politics, I prefer playing football. I go to a sports club, and really want to make it to a football club. Before I was saying I wanted to become a president – not any more.’

For her part Marina Litvinenko said she has no proof Putin was a pedophile or not. For some of you who are not familiar with Marina, allow us to telll you that Marina Litvinenko was Alexander’s second wife and mother of his youngest son. Before her, Alexander married Nataliya an accountant in 1981, they had two children, son Alexander and daughter Sonia. Marina met Alexander while he was still married to Nataliya but also while they were already struggling with their marriage. 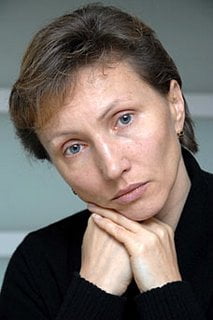 Marina Litvinenko was born in June, 1962 in Moscow, she grew up and went to school there. Marina Litvinenko an engineering economist graduated from college after 5 and a half years, she loved her career but she was also deeply involved in dancing.

Marina became a professional ballroom dancer and competing in several competitions, she fell in love with her longtime dancing partner who became her first husband, they remained married until 1989.

After her divorce, Marina Litvinenko quit competing and focused on working as a dance teacher; she met Alexander Litvinenko after two of her friends reported Alexander that a former business associated of them was demanding money.

Marina invited her friends  to her flat in 1993 to celebrate her 31st birthday, they  asked her if they could bring a friend and Marina told them there was no problem. That friend was Alexander Litvinenko.

“I heard about him from close friends of mine,” Mrs Litvinenko told the inquiry. “She said this guy was helping to prevent all these problems and find a solution and he was not only very professional but very friendly.

“They said we will introduce this guy to you because he is a very, very nice, good person.

“At the time he was not single, he was married. He introduced himself as a married man who had two children and he said, ‘My children are the most important thing to me’.” 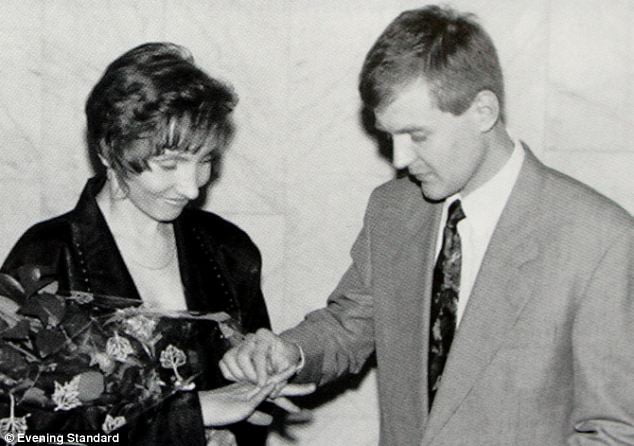 They started dating after his divorce was finalized in 1994. Marina gave birth to the couple’s first son together Anatoly in June, 1994, they married four months later.