Val Mercado is the model who allegedly had an affair with rapper Tyga last December while he was dating Kylie Jenner. Val Mercado is one of the many girls with whom Tyga allegedly cheated own Kylie with. The reality star is no longer dating Tyga so I guess there is no problem he is seen with Val Mercado again, right?

Tyga had an affair with Brazilian model Annalu Cardoso

Mediatakeout reported last December that Val Mercado was at Tyga’s concert in Paris, she flew just to be by his side over the weekend, several media sources reporter Val was not watching from the crown, but from the stage, both off them posted photos of themselves inside the same bathroom at the Parisian hotel. 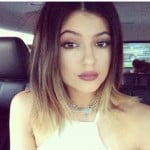 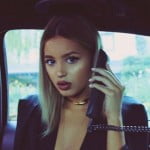 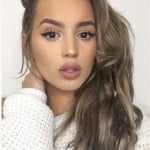 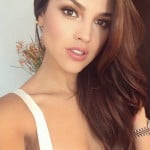 Val Mercado who holds a resemblance to Kylie and Mexican actress Eiza Gonzalez was recently spotted with Tyga at a shopping center in Beverly Hills on Jan. 21. 23-year-old Val Mercado an aspiring singer is an Instagram model with a degree in journalism and broadcasting. 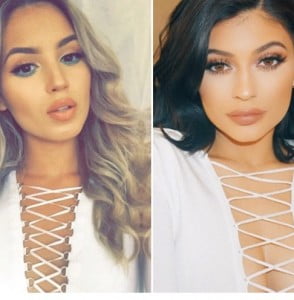 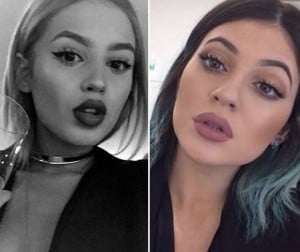 She posts beauty advice videos on her YouTube channel and like Kylie Jenner, Val loves to show off her oversized lips, her curvy body and like Kylie she would wear blue contact lenses  from time to time. 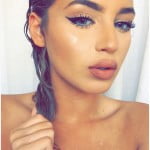 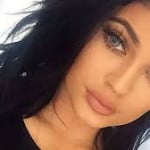 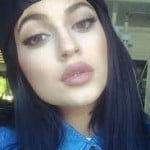 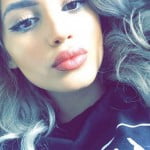 Val Mercado has done campaign for Buffalo Jeans and was in the  September, 2015 issue of Maxim Magazine.

She was born Valerie Mercado in New York to a single mother who managed to raise Val and her 7 siblings by herself. Val Mercado first studied to become a nurse, but had a change of heart and switch to journalism all while joggling with two jobs.

Val worked in production department of the Wendy Williams show and was a fashion blogger covering there’d carpet events for Seventeen magazine.