While his girlfriend has been in the flirting mood with fellow CBB contestant, Jeremy McConnell; Sam Reece has been getting some attention for himself.

Reece is being put on the spotlight after a barmaid from Dundee named, Georgia Thomson has been dissing the male model, saying Sam is not as innocent as everyone thinks.

Sam Reece was being perceived as the victim after Davis has been persistent in getting McConnell’s attention, that was until Georgia Thomson appeared in the picture.

She claims she and Reece had some romantic one on one time in a Majorcan resort “Magaluf” last summer, letting the world know Sam cheated on Davis first.

According to the Daily Mail, a representative for Sam has said: ‘Sam denies the allegations.’

Though is hard to believe Sam’s word after Georgia Thomson not only provided a detailed story but also photos of the two together!

Stephanie who’s been in the limelight since her teens, and has been acting since an early age, is perhaps best known for her 2010 roles portraying Sinead O’Connor in Hollyoaks. 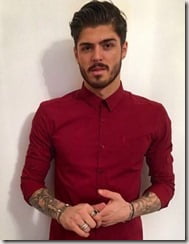 Sam Reece is a Sheffield native, he began dating Stephanie last spring. He had previously attempted to find love on Channel 4 show First Dates. He is currently signed to Nemesis agency. 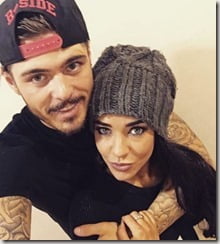 He said during an interview he was portrayed as a ‘typical model.’ Sam Reece –who is well remembered for asking his date to split the bill –said he is not really like that.

When asked what he looks for in a girl, Reece said, he has to count their toes if they’re wearing flip-flips and likes to look at their ankles and knees.

Before going into the CBB house, she said about her relationship with Sam Reece:

he’s the opposite to me, he’s very laid back and says ‘Let them write what they want – I know who you are, they’re all going to know what you’re like by the end of Big Brother.’ He’s fully supportive. I’m proper loved up, it’s sickening.

A source close to the couple assures they are one of the strongest couples out there. Also adding Sam will wait for her when she comes out.

It appears both Stephanie Davis and Sam Reece have a lot of explaining to do with each other. Do you see a future for the couple?