Margaret Duncan is the lovely wife of California congressman, Duncan Hunter. Her husband recently stunned after a video of him vaping emerged. Hunter opposed an amendment that would ban vaping on a plane.

Following the 9/11 attacks, Duncan quit his job and joined the Marine Corps.  Between 2002 and 2006, he served two combat tours in Iraq, before making the decision to run for Congress, where he saw an opportunity to continue serving the country.

Only a few weeks after declaring his candidacy, Duncan was recalled to active duty and deployed to Afghanistan. He carried out his campaign through his wife and family as they reached out to the voters on his behalf, until his return in late November of 2007. In November 2008, Duncan was elected to his first term in the U.S. House of Representatives. 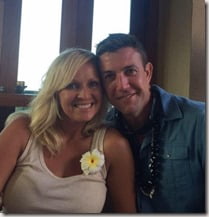 Margaret Duncan was born in Poland. In a 2014 meet and greet –hosted by Polonia United, an organization of Polish Americans in San Diego –her husband praised the Polish people for their support of freedom and their strong work ethic. Margaret, who was also at the event, addressed the group with a bilingual talk in Polish and English.

Do doubt Margaret Hunter has been a great support for her husband. The mom of three has really stood by his side during his political career.

When Margaret is not playing the role of perfect political spouse, she keeps busy with her children and also going on vacations with her family.

Margaret Hunter is the mother of the couple’s three children. Daughter Elizabeth and Sarah, and son, Duncan Hunter.

According to several profiles, Margaret, her husband and children reside in San Diego, California.