Robert Reed is the husband of former stunt woman Cheryl Marie Wheeler -who was gunned down along his wife.

Robert Reed Sanders and Cheryl Marie Wheeler who is also known as Cheryl Sanders -were both shot and killed by Cheryl’s ex.
According to reports, Cheryl’s ex-husband is said to have allegedly fatally shot his former Hollywood stunt woman ex-wife and her current husband.

Authorities say that Cheryl and her current husband, came onto the property of her ex-husband with guns. The couple was caught on a camera system to monitor activity. The deadly incident took place outside a million-dollar home near Yellow Springs. 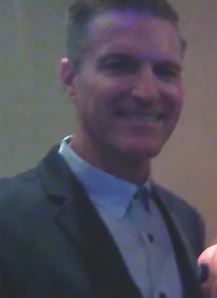 Cheryl Sanders, was a celebrity spokeswoman and stunt woman who appeared on the cover of Healthy Living Magazine. Cheryl was a 3x WKA World Kickboxing Champion and professional stunt woman. She can also be found as Cheryl Marie Wheeler Sanders; Cheryl Wheeler Dixon; & Cheryl Marie Duncan.
According to website, Cheryl moved from martial arts and kickboxing to a career as a stunt woman in the 1980s.
She said was the stunt double for Brooke Shields, Sharon Stone and other A-list actresses.

Some of her other credits includre “The Thomas Crown Affair” the “Lethal Weapon” “V.I. Warshawski” and “Back to the Future Part II”
Her career came to a halt in 1989, during the filming of Back to the Future Part II -she hit the concrete after a cable was released during a flying stunt shattering the bone in her face and right arm. She later returned to Hollywood after changing to a healthy lifestyle that included supplements and diet changes. She did stunt double work for Jessica Alba in 2016.

As for second husband, 56-year-old Robert Reed Sanders -he worked as a real estate agent in Texas. His license was issued to Robert Reed Sanders by TREC (Texas Real Estate Commission).
According to a movie profile, Reed Sanders is described as an actor with credits in Mr. McGetty (2018) and Bad Stepmother (2018).

Police are still investigating what motivated the couple to show up armed at the unidentified man’s residence.