Nancy Magaña is a slayed young woman who was killed at the hands of serial killers in California.

Nancy is one of at least four unsolved murders, the deadly executions took place between August 2019 and January 2020 -beginning with the death of Magaña.

24-year-old Nancy Magaña worked as a middle school teacher. She was shot and killed on August of 2019, while seated in her parked car. Two unidentified men are said to have shot at her. Also in the car with Nancy, was her boyfriend and young son.

Images from surveillance footage show the suspect’s car near Nancy Magaña’s truck. Two men walked up to the driver’s window opening fire and killing Nancy who was parked outside the Delmann Heights Recreation Center. She is survived by her boyfriend and five-year-old son. 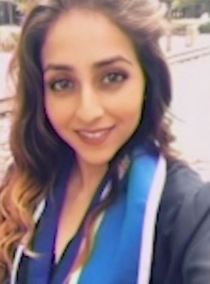 The other victims include Detrell Page who survived the assassination attempt, instead his toddler daughter was killed in the resulting car crash.
In January, Lemon Hamilton, Israel De La Torre and Daniel Melendrez, were also shot dead.
According to police, the shootings appear to be connected as they all happened west of the 215 Freeway, a “high gang area” -Authorities also believe some of the victims, such as Nancy Magaña, were randomly chosen while others may have been known to the gangs.

Magaña has been described as a beloved teacher whose killing makes no sense as she was killed for no reason.
She attended San Bernardino Valley College, where she played on the soccer team. To pay her way through college she worked a number of odd jobs. While raising her young son she managed to graduate last spring.
Nancy Magaña was just in her second week of teaching seventh-grade math and coaching volleyball at Del Vallejo Middle School. Family and friends called her ‘a passionate teacher and dedicated mother’