Anthony Senecal is a retired but faithful servant to Donald Trump who’s been known to not shy away from displaying his anger towards President Obama.

Accoridng to reports, Senecal has declared in a series of racist online posts that President Obama “should be taken out by our military” or “hung for treason.”

To all my friends on FB, just a short note to you on our pus headed “president” !!!! This character who I refer to as zero (0) should have been taken out by our military and shot as an enemy agent in his first term !!!!! Instead he still remains in office doing every thing he can to gut the America we all know and love !!!!! Now comes Donald J Trump to put an end to the corruption in government !!!! The so called elite, who are nothing but common dog turds from your front lawn are shaking in their boots because there is a new Sheriff coming to town, and the end to their corruption of the American people (YOU) is at hand !!!! I cannot believe that a common murder is even allowed to run (killery clinton) OR that a commie like bernie is a also allowed to also run !!!! Come on America put your big boy pants on—this election you have a choice—GET YOUR *** OUT AND VOTE !!!! Thank you !!!! 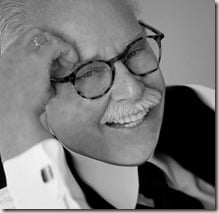 It is not the first time Senecal slams the president or the government. Last year, In May he wrote: with the last breath I draw I will help rid this America of the scum infested in its government–and if that means dragging that ball less d–khead from the white mosque and hanging his scrawny *** from the portico–count me in !!!!!”

Last June, he referred to Obama as an “unfeeling sack of camel feces.”

It is not only President Obama who makes Senecal’s last days unbearable, but he also appears to have the same thoughts about Hillary Clinton, of whom he had this to say: “Stop the LYING B—H OF BENGHAZI NOW—killery clinton!!!! She should be in prison awaiting hanging !!!!!” 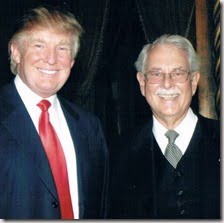 The snobbish Senecal used to work in Mar-a-Lago, Trump’s lavish estate. But according to a spokeswoman for the Trump campaign said only: “This individual has not worked at Mar-a-Lago for many years.”

Anthony Senecal, a Florida resident, worked for Donald Trump for nearly 30-years. According to My Palm Beach Post, Anthony Senecal retired in 2009 and currently at a West Palm Beach antique showroom, where he can meander beneath dozens of chandeliers, stop to admire a 19th Century relic of neoclassical France, and pause to catch his reflection in an ornate, Louis XVI-style mirror.

The upstate NY native once worked as a schoolteacher. He owned a cigar shop. He took off a couple of his butler years to run for and serve as mayor of Martinsburg, a small city in West Virginia where he made headlines for his failed attempt to impose a licensing fee on “wino” panhandlers.

According to Mother Jones, Senecal shows no remorse for his racist  thoughts telling them: “I wrote what I believe.”