Adam and his father, –dubbed the highest-ranking Republican official in state government –were arrested on corruption charges in May, 2015. Now, a year later, both men will serve time following their corruption case.

Mr. Skelos, and his only son, Adam B. Skelos, 33, surrendered at the Federal Bureau of Investigation’s New York office in Lower Manhattan, last year and today, several reports say they will serve time for bribery, extortion and conspiracy.

The Skeloses were convicted of bribery, extortion and conspiracy charges in December for running what prosecutors called the “Skelos shakedown playbook” on companies that were dependent on state legislation. Adam was sentenced to 6 1/2 years in prison.

Adam’s father, Dean Skelos –who was sentenced to five years in prison –was born and raised and educated in Rockville Centre, he graduated from South Side High School, Class 1966. In 1970, Senator Skelos received a B.A. in History from Washington College in Maryland and, after attending at night, graduated from Fordham University School of Law with a Juris Doctorate Degree in 1975.

In the past several years, federal prosecutors say, the professional lives of Mr. Skelos and his father became intertwined as the two conspired to use Senator Skelos’s position within government “to influence and extort those with business before the state.”

According to the NY Times, Adam Skelos jumped from high school to high school, touching down at three in three years. As an employee, he frequently changed jobs and displayed a variable degree of commitment to his work. His parents were divorced when he was 6-years-old.

Adam was relatively unknown before his arrest and emerged as a man whose life seemed to lose traction during late adolescence and who struggled professionally, despite his father’s efforts to help him for more than a decade. 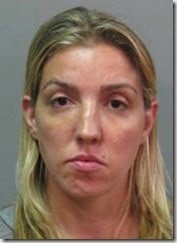 Ann Marie Skelos made headlines of her own, also in 2015. The wife and mother of two was arrested last August in a domestic dispute. Ann Marie Skelos and husband Adam, shared a home in Rockville Centre, on Long Island, –where she had an argument with her nephew court docs showed.

Ann Marie Skelos –who is a lawyer –was charged with criminal mischief and attempted criminal mischief — both misdemeanors — for removing her nephew’s glasses from his face and breaking them during the argument, according to the papers. Her newphew did not want police to take her, but they did under domestic violence law. She was arraigned in Nassau District Court and released on her own recognizance.

Mr. Skelos married Ann Marie Diaz in 2011; in November of that year, she gave birth to their son, Dean. The couple are also parents of another boy, son Dylan.

According to her LikedIn, she attended Binghamton University and Maurice A. Deane School of Law at Hofstra University for her JD, Law. She worked for about two year for the BARBRI Bar Review, a Thomson Reuters Company.