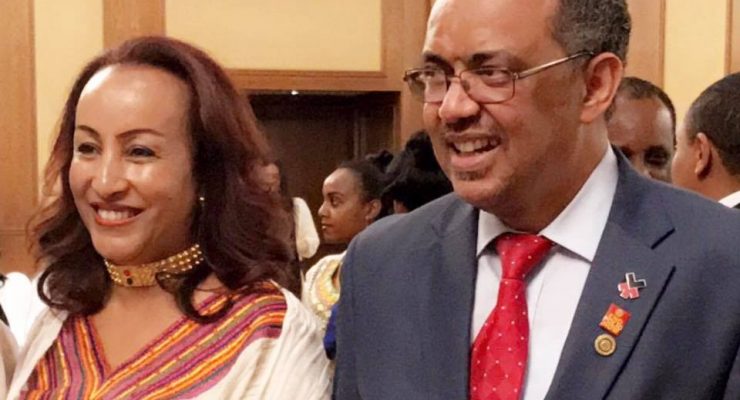 Meet Mrs. Kidist; she is the lovely wife of Dr. Tedros Adhanom, the General Director of the World Health Organization, aka WHO. Dr. Tedros an Ethiopian microbiologist previously served as Minister of Foreign Affair for the government of Ethiopia and Minister of Health prior to that.

From 2005 to 2012, Dr. Adhanom served as the Minister of Health of Ethiopia; around that same time, he was Chair of the Roll Back Malaria Partnership and served on the Board Chair of The Global Fund to Fight AIDS, Tuberculosis, and Malaria for two terms.

Subsequently in 2012, he became Ethiopia’s Minister of Foreign Affairs. Later on May 23, 2017, Dr. Tedros became the Director-General of the World Health Organization by the World Health Assembly.


Not much is out there about his personal life, thus far we know that Tedros Adhanom’s beautiful wife is Kidist; he has five children, but we can’t confirm all five of his children are his and Kidist.

On his Facebook page, we found several photos of Kidist and their daughter Blen. Kidist and Blen were by his side when Newcastle University awarded him with an honorary doctorate 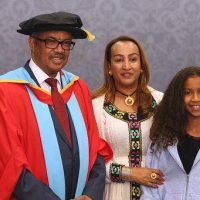 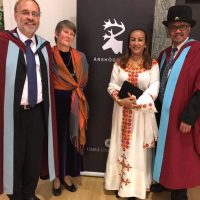 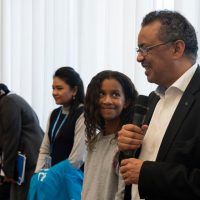