YNW Melly is a Florida based rapper currently behind bars and who tested positive for coronavirus also known as COVID19.

The 20-year-old currently awaiting for his double murder trial, was denied a bail petition and will have to recover while behind bars.
His legal team had hoped the judge would release him to house arrest and allow him to be treated at a medical facility, however the judge was not on board with the idea.

Melly born Jamell Maurice Demons on May 1, 1999; the Florida native was raised by his single mom who gave birth to him at age 14. Melly who joined the bloods gang at an early age and grew up surrounded by violence, was convicted in 2017 of aggravated battery, discharging a firearm in public, and two counts of aggravated assault.

While in jail he released his debut EP called Collect Call in 2017. He had previously began posting music to SoundCloud page YNW MUSIC in June of 2015. 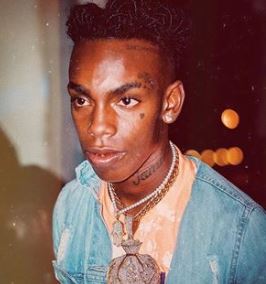 After several months in prison, he became focused on his music and released a number of singles; ‘Melly the Menace,’ ‘Virtual,’ and ‘Slang That Iron.’ He then released his debut mixtape I Am You in 2018, which made the Billboard 200 and included his most streamed song ‘Muder on My Mind’
However, his career has been greatly shadowed by his legal issues. He was again arrested in mid 2018 for possession of *********, possession of weapon or ammunition by a convicted felon. Then again in January of 2019 for dug possession. And most recently in February of 2019 when he was charged with two-counts of first degree murder.

YNW Melly has been jailed for more than a year after being arrested and charged for the early 2019 double murder of 2 of his friends, YNW Juvy and YNW Sakchaser.
Though he has millions of fans and supporters, it appears YNW Melly is currently single.