Meet Tammy Snyder Murphy; she is the beautiful wife of Democratic Governor-elect of New Jersey Phil Murphy. Former US Ambassador to Germany from 2009 to 2013. Prior to all of the previously mentioned, he spent more than two decades working for Goldman Sachs.

No doubt you already know Gov. Murphy’s story, therefore, let us tell you about his pretty lady. 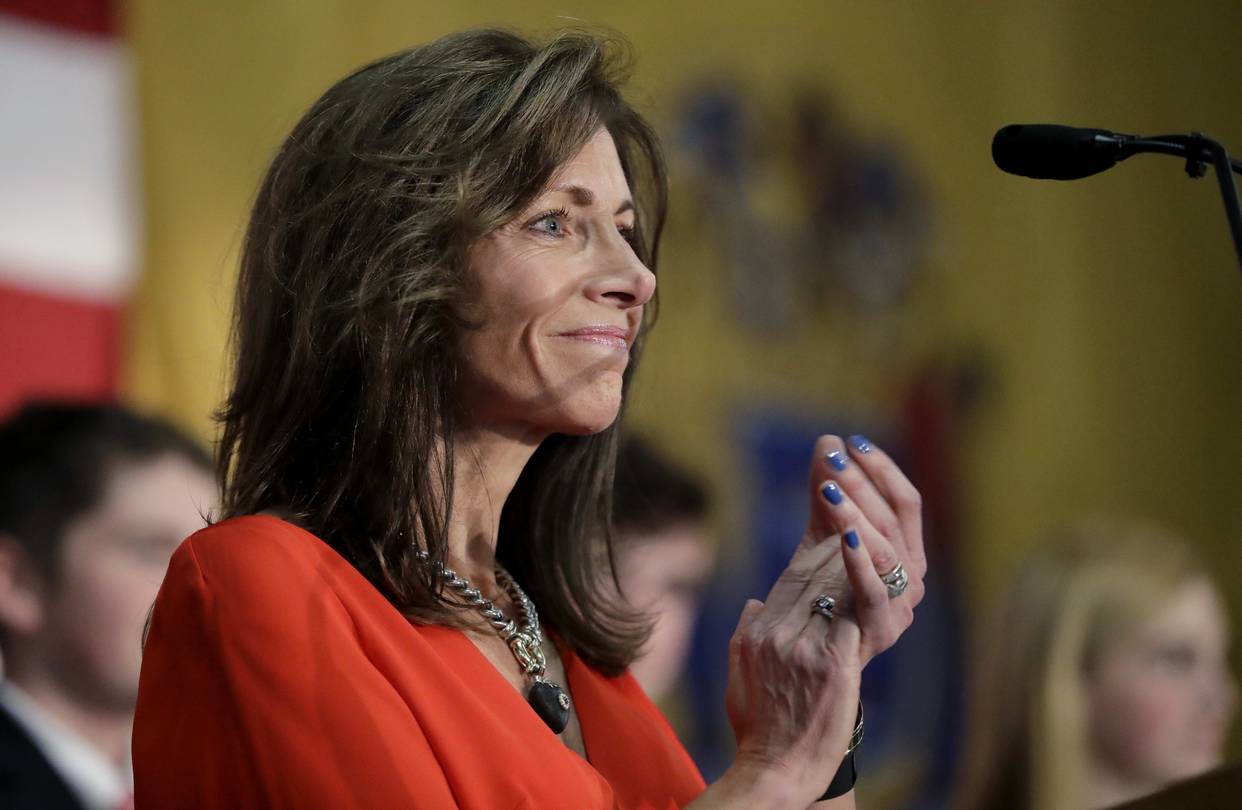 The first thing you need to know is that Mrs. Snyder Murphy, formerly known as Tammy Jean Snyder was born on August 5, 1965; in Virginia. Tammy is the daughter of Edward B. Snyder and Jean M. Snyder, ages 89 and 87, respectively.

She graduated in 1987, with a Bachelor of Arts in Communications and English from the University of Virginia. During his years in UV, Tammy was the Vice-Chairman of the Honor Committee as well as Vice-President of the College.

Like her husband Tammy Snyder Murphy, worked for Goldman Sachs, it was there that in 1987, she met Phil.

They dated for seven years, before getting married in 1984. Together they are the proud parents of four incredible children; sonsCharlie, Sam a student at Rumson Country Day School; Josh Murphy who attends Tufts University and last but not least daughter Emma. In addition to her work at Goldman Sachs, Mrs. Snyder Murphy was a Trustee of the Count Basie Theatre and Monmouth Conservation Foundation; Chair for Monmouth Medical Center Foundation and Advisory Board of Rumson Country Day School and the University of Virginia

Nowadays, Tammy who in case you didn’t know speaks Italian and German, serves on the University of Virginia’s Board of Advisors, she also is  the secretary of Al Gore’s Climate Reality Action Fund, Charter Trustee of Phillips Academy Andover and Advisory Board Member of the Foundation for Arts and Preservation in Embassies and the American Council on Germany.

Alongside, her hubby, Tammy Snyder Murphy co-founded a policy think tank focused on bold ideas to jump-start the state’s economy, called the New Start New Jersey, where she also serves as Secretary and chair.