You may recognize Nunberg for his multiple TV appearances in recent days. The guy has been talking trash about special counsel Robert Mueller, Trump, Trump’s administration, Russia, and his refusal to spend “80 hours” of his days searching his inbox for subpoenaed messages.

While we may not be sure about his marital status, one thing is for sure –his outbursts have ensure him to trigger days of news coverage and will therefore likely infuriate Trump, as CNN puts it best.

Before we continue on his recent meltdown, here’s a little background on the 36-year-old political consultant. Nunberg was born June 21, 1981.

He is a lawyer who graduated from Touro Law Center in Long Island, New York. 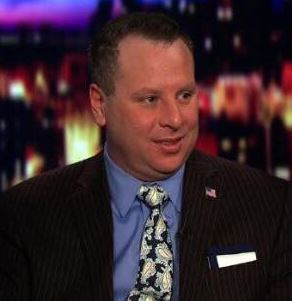 His LinkedIn page states, he served as the co-chair of “Students for Mitt” in New York City for Mitt Romney’s 2008 presidential campaign. He also worked for the Middle East Forum’s Legal Project and the conservative nonprofit American Center for Law and Justice. He was eventually hired as an associate of Trump adviser, Roger Stone.

Some think the Nunberg meltdown has its source from his anger in how he was treated by Trump, let’s not forget they’ve had a complicated relationship to say the least.

Sam Nunberg was one of Trump’s first political consultants. He assisted the real estate magnate during his 2011 speech at the Conservative Political Action Conference, a large annual gathering of right-wing activists. He has been in and out of Trump’s good favor a number of time. Reports say the first time he was fired was over an unfavorable BuzzFeed profile.

Nunberg was also sued by Trump for ten million after he allegedly breached a confidentiality agreement. They settled amicably. Will the same happen with the Nunberg interviews? And which have been described by the White House as ‘nuts’ and ‘bizarre.’

Will Nunberg be supported by anyone? A possible girlfriend or wife perhaps? Comment below.