Meet Van Brown, he is the tall, dark and handsome husband of Compton mayor, Aja Brown. The couple has been married for several years and you might be hearing a lot more of them in upcoming months.

Van’s wife, Aja Brown has just announced she will run for congress in the 44th District –against Stacey Dash. Van’s wife is a super-popular mayor whose voice has been strong on various issues, including protecting food programs and housing initiatives, as noted by TMZ. 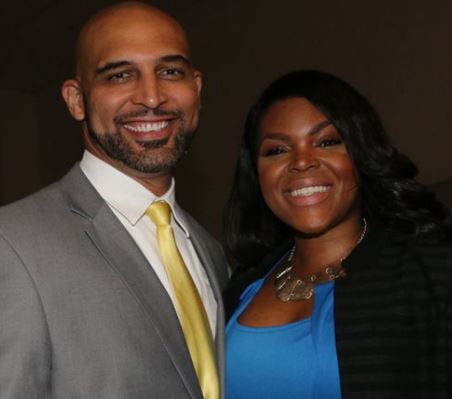 Aja Brown and her husband have been together since she was 17. According to Vogue, one night Aja stopped for gas and she couldn’t get the pump to work. Van, was the station’s attendant. Long story short he helped her out and asked for her number too. 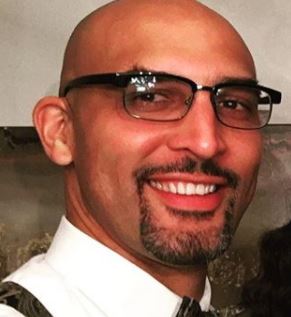 The couple tied the knot in 2003 and have worked together on several projects. Together they run a nonprofit called, the Urban Vision Community Development Corporation. They focus on youth development, community investment, and promote activities that generate wealth and eradicate poverty.

Though Van Brown may look like a professional athlete, the longtime husband is a safety professional, according to his social media. On Twitter he also warns ‘Careful I Am Armed W/ The B.I.B.L.E’

Van Brown is a Petrochemical Safety Manager. According to his LinkedIn page, he is a Sr. Occupational Health & Safety Administrator. Mr. Brown is currently employed at The AES Corporation. He previously worked for Amazon as their Health Safety and Environmental Manager. Previous jobs include ND  HSE Manager, Site HSE Manager, Safety Supervisor, Site Safety Manager and Material Coordinator.

Van Brown holds a Bachelor’s Degree in Communications/Sociology from the University of Southern California.