Diana Taylor is the long time partner of magnate politician, Michael Bloomberg. Boyfriend and girlfriend for years, the couple is notorious wherever they go.

The politician and philanthropist is known as the founder of media-and-data business Bloomberg LP & Bloomberg Philanthropies, and 108th Mayor of New York City.

Both Bloomberg, as the former NY Mayor (for three consecutive terms) and Taylor, are public personas. Most recently, we saw her 74-year-old boyfriend, endorsing Democratic nominee Hillary Clinton for President. 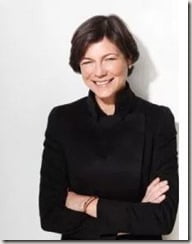 Diane Taylor has been gracing the arm of Bloomberg for over a decade. She was born Diana Lancaster Taylor on February 6, 1955 in Greenwich, Connecticut. She served as the Superintendent of Banks from 2003 until 2007.

The daughter of a schoolteacher and a biochemist for Union Carbide chemical company, Diana went to college at Dartmouth and was in the second class of women to go all the way through all four years. The observer writes.

The tall and elegant yet bright woman, Diana Taylor has held a number of important positions.

Diana Taylor has served as the director at Allianz Global Investors, Brookfield Office Properties and FNMA. Other directorships include Brookfield Asset Management and Sotheby’s.

Since then she has served as Vice Chair, Solera Capital LLC. 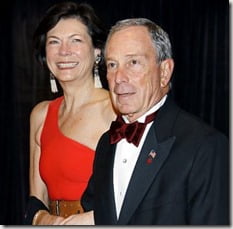 Taylor and Bloomberg have been together since 2000. She immediately rejected descriptions such as sidekick, arm candy, or trophy-date and was often referred to as “de facto First Lady of New York City.”

Michael Bloomberg has only been married once. He and Susan Brown became husband in wife in 1975 and produced two daughters before their divorce in 1993.

Taylor’s partner is known as one of the richest man in the country, making Diana Taylor, one of the most powerful women.