Anne Holton is the lovely political wife of Virginia Senator, Tim Kaine. Her 58-year-old husband was elected to the Senate in 2012.

Her hubby is said to be the frontrunner in becoming Hillary Clinton’s running partner.

Tim grew up working in his father’s ironworking shop in Kansas City. He was educated at the University of Missouri and Harvard Law School and started his public service career by taking a year off from Harvard to run a technical school founded by Jesuit missionaries in Honduras. After law school, he practiced law in Richmond for 17 years, specializing in the representation of people who had been denied housing due to their race or disability. He also began teaching part-time at the University of Richmond in 1987.

Tim was first elected to office in 1994, serving as a city councilmember and then Mayor of Richmond. He became Lieutenant Governor of Virginia in 2002 and was inaugurated as Virginia’s 70th Governor in 2006.

Anne Holton is not only your typical supportive wife, she is a wife, mother and career woman as well. 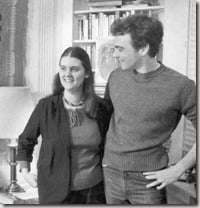 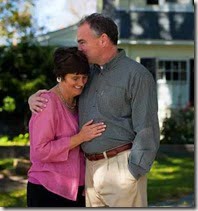 You can check out more interesting facts about Mrs. Holton in the link below 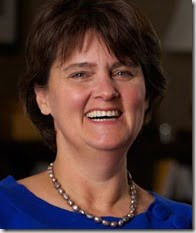 Anne Holton has been linked to politics since she was born. She is the daughter of former Republican Governor Linwood Holton. She is part of the history of Virginia when in 1970, she and her family helped to integrate Richmond City Public Schools.

She and her husband have been married since 1984. Together are the parents of adult children, Annella, Nat and Woody.

Anne Holton herself chose a life in public service. The First Lady of Virginia has served and the states’ secretary of Education since 2014.

After graduating from Princeton University, she attended Harvard where she earned her law degree. Holton worked as a legal aid lawyer serving low-income families before becoming a juvenile and domestic relations district court judge in 1998.

As Virginia’s First Lady from 2006 to 2010, she spearheaded a major reform of Virginia’s foster care system to connect more children with permanent families. Afterward, she joined the Annie E. Casey Foundation’s Child Welfare Strategy Group, consulting on foster care reform across the country.

She has been an active PTA member and volunteer at six Richmond public schools, where her children were educated. Holton served on the Richmond Public Schools Education Foundation Board 2010-2012 and on the Voices for Virginia Children Board 2010-2013. She also has served on the Advisory Board to Youth-Nex, the UVa Center to Promote Effective Youth Development at the Curry School of Education.

Anne Holton is the recipient of the Annie E. Casey Foundation’s Life Award of Distinction and the Richmond YWCA Outstanding Woman in Law award in 2006 among other honors.