Zach King is the filmmaker and illusionist who became well known as one of the biggest internet stars.

Zach King has enjoyed major success in recent years. Thanks to his skill for ‘magic’ he became extremely popular in YouTube and Vine and has since amassed millions of followers all over the world.
Want to know more? Keep reading and learn personal details about Zach King , who is his wife, Zach King success, his career, Zach King net worth and a lot more.

Zach King net worth timeline begins when in 2008, he opened up his own website, called FinalCutKing.

He has been posting videos to YouTube since 2008. Through his YouTube channel, King began giving out helpful video tutorials on how to make films. Soon, he decided to make a profit from this by selling training seminars, gaining money from them.

In 2011, he posted a video titled Jedi Kittens on YouTube that he produced with a college friend. The video showed two cats fighting with lightsabers. The video gained over a million views in three days.

In 2013, he opened an account on the video-sharing app Vine. And after he found success, he decided to share and create more videos.

He first joined TikTok in 2016, back when it was called musical.ly and quickly grew to several million followers.

His over 50 million followers on TikTok make him the third most followed person on the platform.
He holds the record for the most viewed TikTok video ever with 2.2 billion views.

Zach King net worth in 2021 is estimated by online sources at $5 million. Most of the earnings he makes comes from his Vine and YouTube videos.

King’s career grew rapidly because of the sponsorship deals he made. The deals have allowed him to diversify into other fields. 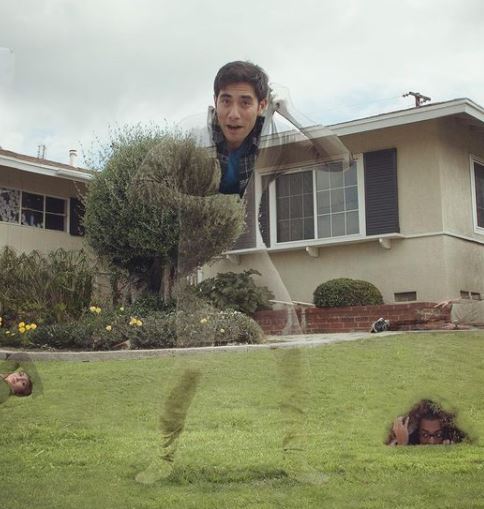 Zach had been asked to do several small sponsorship deals on YouTube. However, when he hit between 500,000 and a million followers on Vine, he got emails from brands such as Coca-Cola and Nickelodeon. He realized Vine had a whole different world of sponsorships. The sponsorships allowed him to grow the business, and now account for about 75% of his business today.

That said, Zach has to balance meeting his sponsorship commitments with delivering value to his audience. He’s always been concerned about selling out. These days, he’ll do a commercial but geotarget it or broadcast it in only one country. So, he’ll do a sponsorship for Kellogg’s in Germany or Tic-Tacs in Australia, sharing a commercial with his whole audience via Instagram or YouTube only once in while.
He says of working with partners

I work with Coca-Cola, Disney, Pixar, and colorful brands like Crayola. Our guidelines match up. We are about kids, inspiration, creativity, and color. Those are the partnerships that excite me.

Zack King is also a children book author and has authored several books. In 2016, he signed a three-book deal with HarperCollins.

King’s first literary venture is titled My Magical Life, and as with his videos, it depicts a young man who can produce supernatural effects in real life. When he is sent to middle school, he must use his powers to become the most popular kid in his class. My Magical Life was released in 2017. 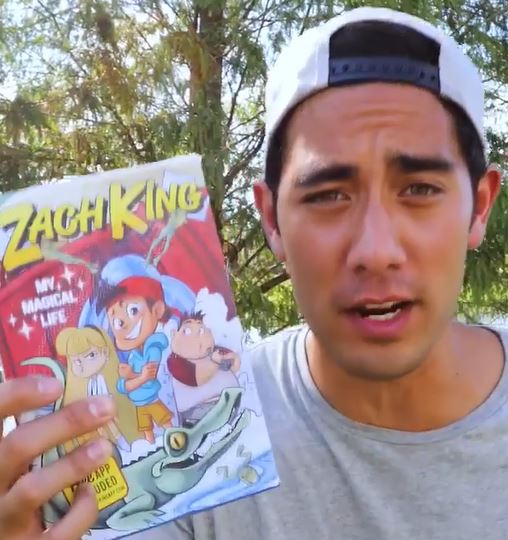 He has made appearances on shows such as The Ellen DeGeneres Show, making short Vine clips with everyone there.
In 2016, he became a competitor on The Amazing Race 28.

Zach King lives in a huge house in Orange County, California. In 2020, he reportedly spent $3.25 million for a multi-acre hilltop hobby farm in a suburban, semi-rural area of Thousand Oaks, Calif., about an hour’s drive west of downtown L.A.

Zach King was born Zachary Michael King on February 4, 1990 in Portland Oregon. He is half Chinese, a quarter Nicaraguan and a quarter Austrian.

During high school, Zach first started posting to YouTube, giving tutorials on how to use Final Cut Pro. At the same time, he launched his own website to offer tutorials on how to properly use Final Cut Pro. He sold training seminars and used the money to pay for his college education.
In 2012, Zach graduated from Biola University with a degree in Cinema and Media Arts.

King got into video making at a young age and made his first video at seven years old with a home camera. At fourteen, King bought his first camera, tripod and Mac computer to start editing his own videos. 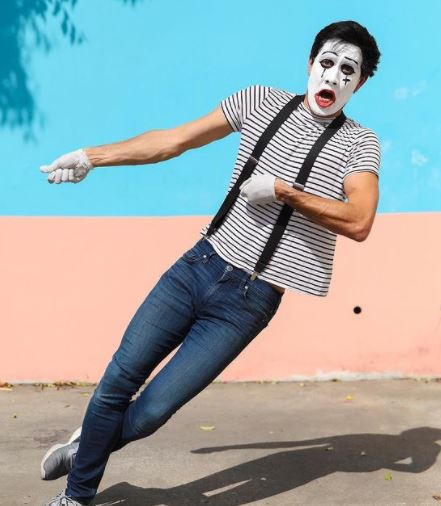 Zach joined Vine in 2013 after several of his friends made an account. After he joined, he posted one Vine a day for 30 days and saw significant success and growth on his account. He was featured in several media outlets for his vines, including Mashable and Complex magazine.

In an interview, Zach said it takes him more than 24 hours to create one Vine.
The videomaker joined TikTok in 2016 when the app was still called musical.ly. His first video showed him escaping a jail cell. In December 2019, Zach posted the most-viewed TikTok video ever. The video shows Zach riding a broomstick into thin air. Later, he revealed he was using a mirror and video editing magic. He’s now the third most followed TikTok personality.

Zach King gained fame and success after posting magic trick videos on Vine. He is now known as a filmmaker, YouTube personality, TikTok personality and former Vine video maker. With more than 45 million followers on TikTok, he is the third most followed personality on the platform. 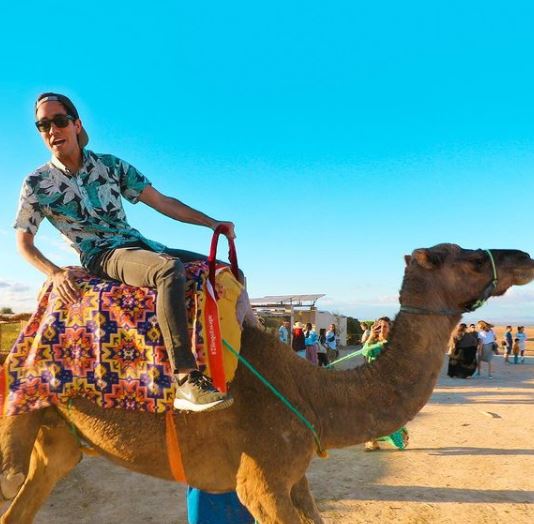 He was named by YouTube, one of 25 most promising filmmakers in the U.S. He won $35,000 in their “Next Up Creators” contest and won a trip to New York City to participate in their creator bootcamp.

King digitally edited his vines to make it seem like he was doing magic.

On his website, FinalCutKing -he shares all of the tips and tricks that he knows to produce creative videos. A lot of his videos are made using the software Final Cut Pro. King’s site teaches people how to use this editing software online.

Zach also uses Adobe After Effects with a combination of medium to high level techniques to make his videos. A lot of clean up work is done to his footage before he adds effects such as rotoscoping, object wipe masks, jump cuts, chroma-keys and 3D animation. He also uses digital camera shake in order to fake someone using the camera/cellphone.

Most recently he uploaded a tutorial on how he uses the VideoLeap app to create vines.

Zach King is a married fella, he and his wife Rachel tied the knot on December 28, 2014. 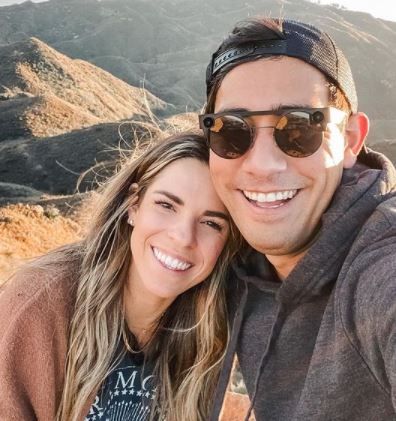 The couple began dating in May 2013. Rachel claims that King proposed earlier than she had expected. She revealed on the family blog

“… Zach popped the question the next summer, on July 4th up in Oregon (in the same field where he gave me our first kiss). Our dating season was shorter than I had ever imagined it would be, but I knew he was the man I wanted to spend forever with. He proposed a little earlier than we had originally talked about – but I had no hesitation in saying yes.”

In 2016, The couple participated as competitors on The Amazing Race season 28. They placed sixth in the overall standings after being eliminated during the ninth leg of the race.

Rachel King was born Rachel Holm on September 16, 1990. The native of Chicago is a former actress.

According to her IMDb, Rachel appeared in the short film Suburbia back in 2010. She’s also credited with working extensively behind the scenes of Zach’s YouTube videos and would occasionally appear alongside him.
King was put on the map after appearing alongside her hubby on the twenty-eighth season of The Amazing Race.

Though she is mostly known for being the wife of Zach King, Rachel runs her own blog about faith, foster care and family. She has over 200k followers on social media.

Zach King and wife Rachel are the proud parents of two young boys, Liam and Mason. They welcomed son Liam in August of 2018. 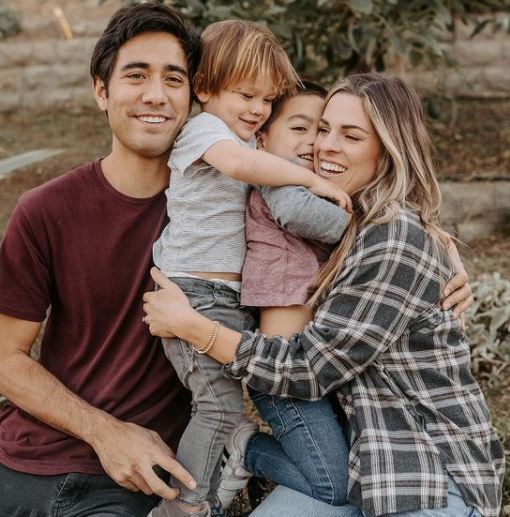 Around April of 2019, they became parents to Mason -who is adopted and their eldest child. It took three years for the couple to complete Mason’s adoption. They started by raising two boys from foster care before they were allowed to legally adopt Mason.

When he’s not busy filming stuff for YouTube, King enjoys spending time with his family members.
A lot of his spare time is spent learning more about how he can produce cool special effects for his videos, to make them better. 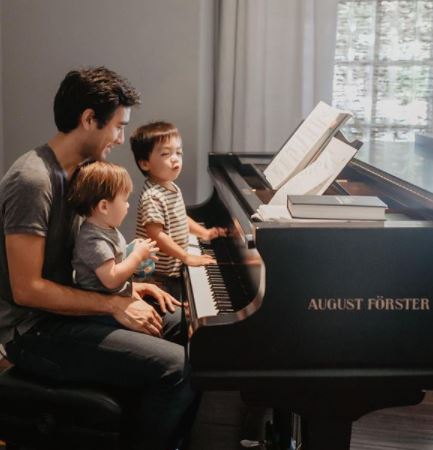 He is also an animal lover. King is also good at playing piano. As a child, he used to teach himself how to play the instrument for over three hours a day.

Zach King certainly enjoys his rides, he owns a few and his favorite car brands include Mercedes Benz, Toyotas, and BMWs.

Notable lessons we can learn from King include, that you can be successful by not following trends and instead do something totally left field. King told Forbes in a 2020 interview

We’re on the top charts right now on TikTok and our stuff is really different. You don’t have to do what everyone else is doing. In fact, that’s where people are going to find their strength: By figuring out their niche and really owning it.”

“TikTok has really leveled the playing field. It’s anybody’s game. It takes people from consumption mode to creating. It’s the trends, and content, that anyone thinks they can do. And it’s approachable and fun.”

The guy is also grateful saying this about YouTube:

It’s funny that my smallest following is on YouTube, which is where I started. But of all the platforms, I’m most grateful for YouTube because they really invested in their creators financially. So, I think I’ll always call myself a YouTuber.

What does Zach King do now?

King is continuously working on new and innovative content and posting throughout his different media channels.

Where can I find Zach King on social media

Zach is active on TikTok where he has now reached 58 million followers.

Zach King often posts to Instagram where he has over 24 million followers. 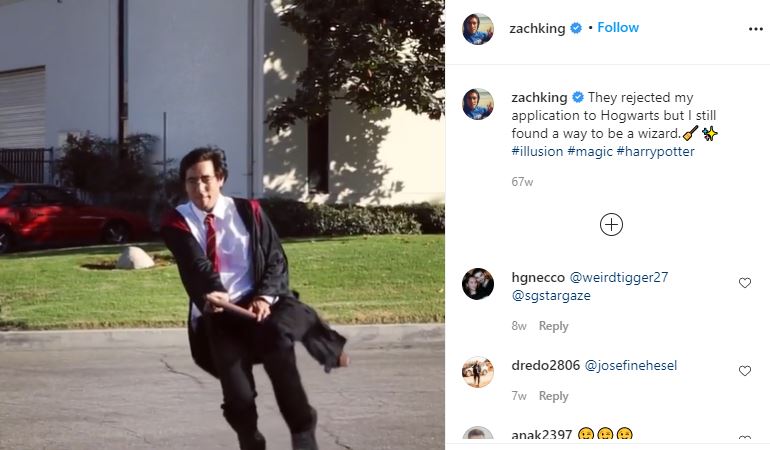 Zach King can also be found on Twitter with over 335k followers.

Zach King has his own Facebook page with 6.3 million fans.