Michael Le is a dancer, choreographer and social media personality well known as one of the biggest stars on TikTok.

The young internet celebrity has enjoyed major success in recent years. Thanks to his creativity and dancing skills he has amassed millions and millions of video views as well as millions to his bank account.
Want to know more? Keep reading and learn personal details about Michael Le, who is he dating, Michael Le success, his career, Michael Le net worth and a lot more.

Since then, he was catapulted to stardom earning more than 46 million fans on the uber-popular social media platform, TikTok.

Another source of income for Le includes working his networks and serving as a brand ambassador.

Forbes ranked him the #6 highest paid TikTok star and JustMaiko also tops our list of top TikTok influencers as one of the biggest stars in TikTok’s dance category. 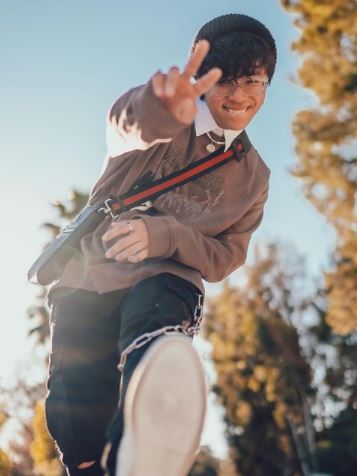 According to online sources, Michael Le net worth in 2021 is estimated at $1 million.

He revealed to Forbes that he made most of his money from sponsors and posting on TikTok and YouTube. ”, “About 60% comes from brand deals, 30% promos from labels and 10% comes from various sources”
His primary income source would be TikTok.

In December 2020, it was reported Michael partnered with TUMS. At the time it was announced that in collaboration with TUMS, loyalist and TikTok star Michael Le, the brand will host a livestream countdown on TikTok at 9 p.m. EST on New Year’s Eve, allowing fans to countdown to 2021 ASAP so they can turn out the lights on 2020.
TikTok star Spencer X created an original remix of the iconic TUMS jingle and Michael Le busted some moves to the beat.

Michael also produces sponsored posts for other brands including, Bang Energy and Safeguard.
Le was one of the first influencers to bring Bang Energy to TikTok. Safeguard became one of his biggest ads ever that hit over a hundred million views. 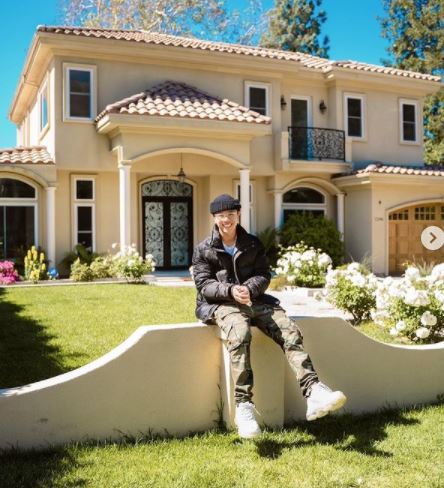 In 2020, Michael Le moved in to the Shluv House collective -he shares the property located in LA with other guys.
It is a 9,000-square foot Los Angeles mansion, which is also a regular base for the guys to create new social media content.

Michael Le is a West Palm Beach, Florida, native who was born on March 19, 2000. His is the son of Tina Le -who is a nail tech. He has three siblings: Tiffany, Jonathan, and Daniel. 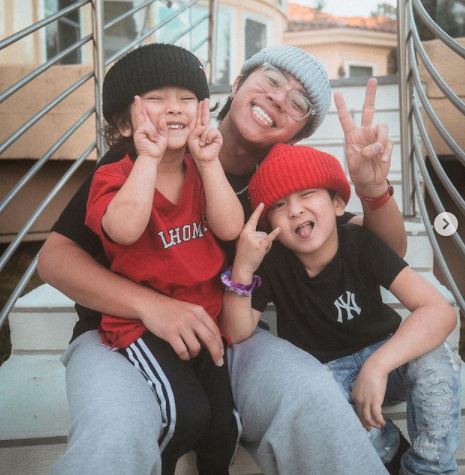 Michael discovered his liking to dance at an early age and at 12 decided he wanted to be a dancer.
He pursue dancing classes and began making amateur dance videos at home and uploading them to Musical.ly while still in his teens.

While some media celebrities gain instant fame, that wasn’t the case for Michael Le. 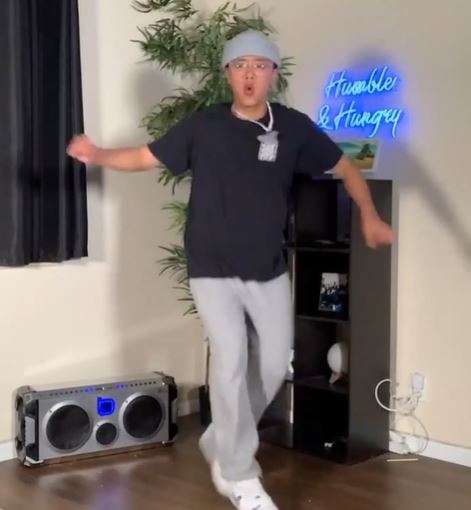 Le who began posting on Musical.ly -which became the massive success we now know as TikTok -steadily build his audience for around five years, uploading videos until he blew.
Biding his time, Le also posted dancing videos on Instagram and YouTube. Then, in 2019, dance videos started to gain a foothold on TikTok.
Other influencers were posting the kind of content that resonated with the teenager, and he achieved his first milestone—1 million followers.

Since he wasn’t making any money on TikTok, a young Le kept it as a hobby until the end of 2019.
He’s now among the highest paid TikToker worldwide, and one of the platform’s most-followed male channels.

At 21, Michel Le has ranked on the list of most famous social media entertainers of 2020 and is one of the Richest TikTok stars.
His videos feature anything from skits to dance routines, and the fact that Forbes claims he has a total of 478 million views on his profile is safe to say, people enjoy what he does.

Michael’s TikTok content focuses on collaborations with his siblings, who appear in his videos regularly, he’s known to showcase cameos by some of the world’s biggest names like Jason Derulo, Crissa Jackson, and Javier Romero.

As a young man with a massive reputation, Michael is picky about where he invests his time online.

On his YouTube channel, which he started in 2014, Le mostly shares dance videos, pranks, and challenges—although he has branched out more recently to dance tutorials for his fans.
Le shares that Instagram is mostly for photos of his friends and family, dance clips, and travel photos. 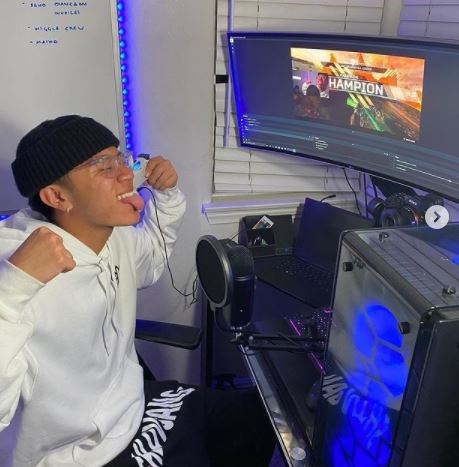 About the making process of his videos he has revealed:

As far as my videos, I get inspiration from the location itself — if I see something behind me or just the perfect backdrop. I never really plan it, it’s just whatever I feel inspired by at the time.

His Shluv House, has just what he needs, the star says ‘Floor-to-ceiling windows (plenty of natural light for shoots). A sweeping grand staircase (perfect for dancing up and down—you’d be surprised how often a TikTok calls for that). And a basement begging to be converted into more production space (an ideal gaming lair).’

He and the other co-founders Matthew Gonzalez, Michael Uy, Javier Romero and Le’s brother, Jonathan -team up together to make collaborations and also work on their individual content.

Gonzalez serves as the videographer. Romero and Le, the performers and content creators. Michael Uy, is in charge of running the business operation.

Le tries to keep their videos adhering to a few blunt rules: follow the trends, create stuff that makes people smile. A final, important rule: keep the drama down. 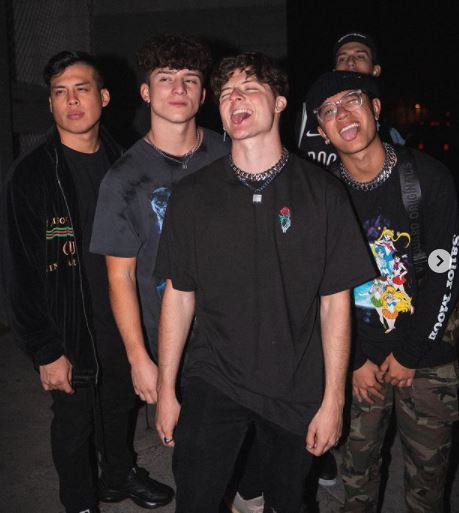 Michael Le other ventures include photography, dancing and blogging. The media star labels himself as a photographer.

In addition, he runs a blog where he shares experiences about his life as a dancer. His first passion has always been dance and choreography.

Michael Le keeps his romantic life relatively private, however he used to date Analisse -who is a fellow dancer and TikToker who posts under Analisseworld. 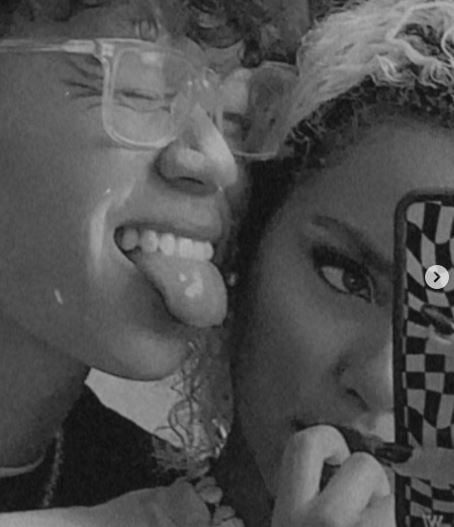 Michael Le’s girlfriend also has great numbers on social media; Analisse has 4.7 million followers on TikTok, and another half a million on Instagram.
The couple reportedly broke up in 2017, with Le posting a dance collab with the caption “Can we still be #FRIENDS?”

The two remain close as Le shared a heartfelt birthday post for her in 2020, Le wrote:

jeez… YOURE 20 YEARS OLD😭 times fr have passed
I know you already heard it all at midnight but i just wanna say again to everyone how proud i am at how much a beautiful and smart woman youve become. Youve changed my life so much that i honestly have no idea where i would be right now if i hadnt met you 8 years ago. Youre the most caring, loving, and most thoughtful person ive ever met and i cant wait to see what else you accomplish from here on out. You will always be an important part of my life no matter what. I hope you have an amazing decade now being 20 and ik you will accomplish so much more. I LOVE YOU💙. @analisseworld

Le was asked in a recent interview about finding new interest or hobbies during quarantine, here’s what he had to say

Definitely. The main thing is I’m really getting into YouTube now. So I’m helping out with my family’s brand ‘The Shluv Family’ and building our presence on all other platforms, promoting a whole different set of content on the various platforms. 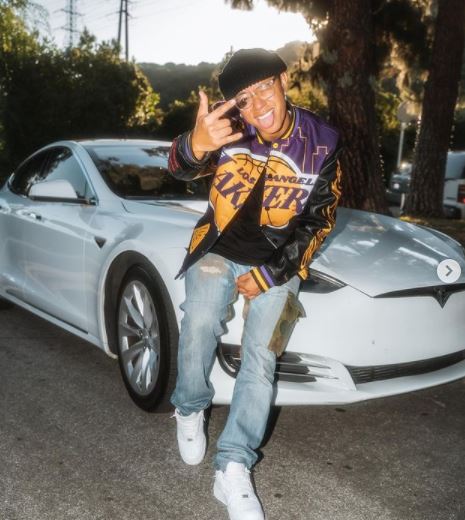 Despite his popularity Michael has stayed grounded: He has been known to be a big supporter of his close-knit family, often featuring them in his videos on YouTube and TikTok. Safe to say he is not the type to let fame get to his head.

He is also proud of his roots: Michael who is half Asian, has expressed how important it is to represent Asians saying

There was always a blend of like our Asians are taking over, we’re killing it and then the other side is like, we aren’t. There’s not a lot of us. There’s only a very, very select few. I’ve always wanted to kind of make sure I’ve stayed in that model of art, having a good rep for us. Making sure that I’m able to have a good message and purpose that people can be like, wow. 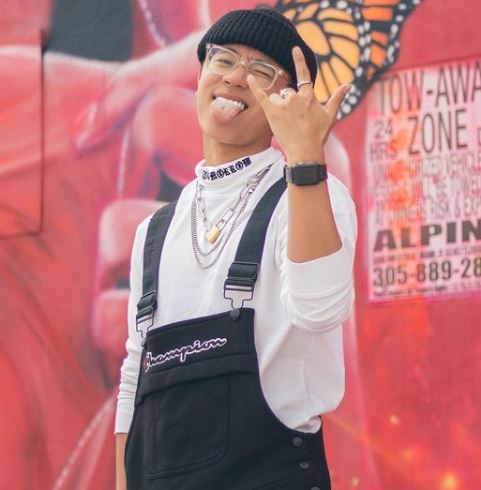 When askes about specific advice to other influencers he had this to say: ‘My best advice would be to follow your passion. The number one thing is to not only look at the views because it’s very easy to get sucked into that. If your mindset is, “I don’t have a lot of views so I am not doing well” then you get discouraged to continue.’

What does Michael Le do now?

Michael has revealed he will be focusing a lot more in pushing his YouTube channel ‘because that’s something where I’m going to build a few series of different shows.’ He said.

On my YouTube channel, I’m doing gaming content, prank videos with my brother, TikTok compilations, and challenge videos. It will be a mix of everything that I have wanted to do.

Where can I find Michael Le on social media

Michael Le is active on Instagram where he has over 2 million followers. 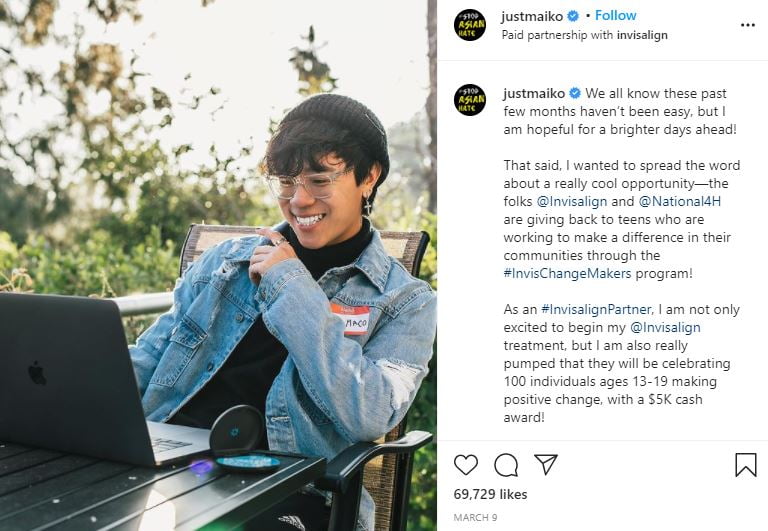 Michael Le is active on Twitter with over 18k followers.

Michael can also be found on Facebook with 73K Followers.

Michael Le is not only one of the original users of the short-video sharing site, but also he is among the most popular ones. He currently has 47 million followers on TikTok.

Michael Le can be found on YouTube where he has 2.5M subscribers.