Baby Ariel has enjoyed major success in recent years. Thanks to her singing ability she became extremely popular across several social media platforms and has since amassed millions of followers and millions to her bank account.

Want to know more? Keep reading and learn personal details about Baby Ariel, who is her boyfriend, Baby Ariel success, her career, Baby Ariel net worth and a lot more.

Baby Ariel net worth timeline begins when out of boredom, she downloaded the app musical.ly in 2015 and quickly gained a following.

In 2016 she co-headlined DigiTour, a traveling social media festival that brings the biggest stars to 28 cities nationwide.

In 2017, she was casted on Disney’s Bizaardvark.

In 2018, she began starring in the web series Baby Doll Records and was later cast in Disney’s Zombies 2.

She was the first individual to pass 20 million followers on musical.ly, which later became TikTok. She used to be known as the Musical.ly queen. 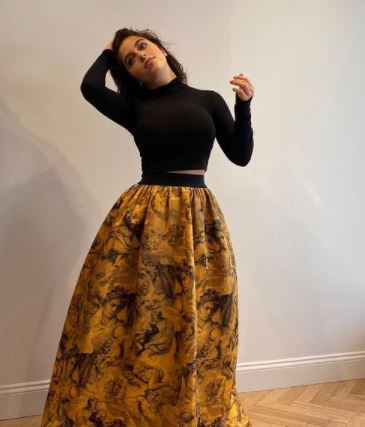 According to online sources, Baby Ariel net worth in 2021 is estimated at approximately $6 million.
She’s made most of her money through YouTube videos, pre-roll ads on her videos, interviews, and meet-and-greet events. She reportedly makes a staggering $151,500 per TikTok.

She was signed by the prominent talent agency CAA in 2016. At the time, the then 15-year-old was the most followed person on Musical.ly. 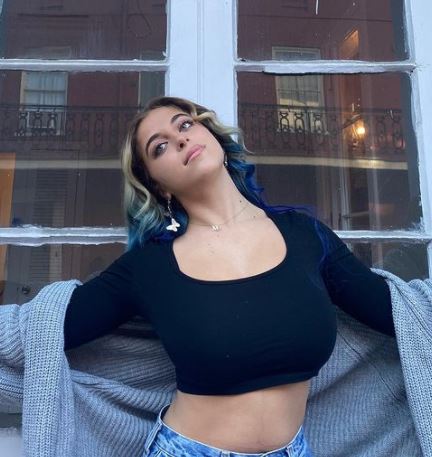 The announcement said: The agency inked a deal with Ariel Martin, aka Baby Ariel, who in less than a year captured audiences on video-based social network Musical.ly to become the most followed person on the platform. Baby Ariel, has 13 million subscribers on the popular lip-synching app. She has also expanded her fan base to YouTube, and Instagram.

Ariel signed with Creative Artists Agency in September 2016 and released her debut single “Aww” in 2017. She released her second single “Perf” in 2018.

Ariel portrayed the role of Wynter, in the Disney Channel film Zombies 2. 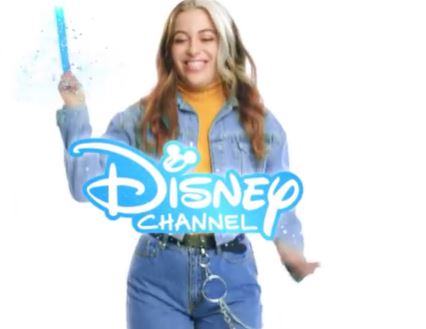 The Musical.ly megastar and recording artist released a book called, “Dreaming Out Loud” in 2018 and which talks about her amazing life journey.
Through her book, Ariel tells the inspiring story behind her empire of more millions of fans; it is full of revealing personal anecdotes, advice, doodles, and photos. 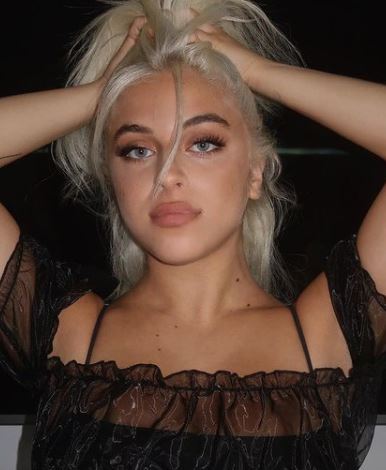 Baby Ariel has done it all, she has appeared on Good Morning America, 60 Minutes and is categorized as the top influencer by Forbes, People, and USA Today.

In 2019 it was reported that Baby Ariel acquired her very first home. She became a homeowner at 18. At the time, the singer and social media star put her crib on display on Instagram.

Baby Ariel was born as Ariel Rebecca Martin on 22 November 2000.
Her father Jose Martin is Panamanian and her mother Sharone Kremen Martin is Cuban-Israeli. She has a younger brother named Jacob, who is a social media star in his own right.

Ariel hails from Pembroke Pines in Florida. Baby Ariel was home schooled. She also attended public school before taking online classes. She also did gymnastics for a while in her youth.

Baby Ariel is one of TikTok’s biggest stars with an impressive 34.8 million followers. She started out on Musical.ly when she was just 15 and now her popularity has allowed her to branch out into singing and acting. 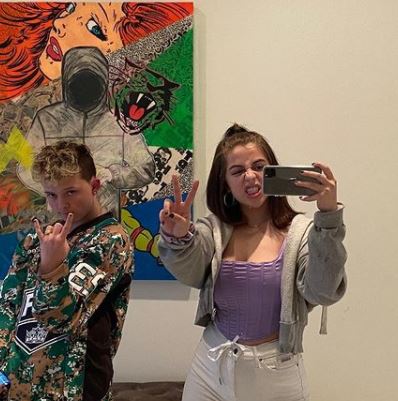 She got her start on TikTok’s predecessor, Musical.ly, in May 2015. During this time, she started uploading cool videos of her lip-syncing and funny videos on Musically App to kill some time. Her unique style, peculiar facial expressions and her great sense of making hand gestures caught attention with the app users. That’s how “Baby Ariel” was launched in the online world.

She became an instant hit, thanks to her unique way of filming her videos. She has been able to amass a massive number of 31 Million followers on her TikTok account and a total of 1.75 Billion likes on all her videos. 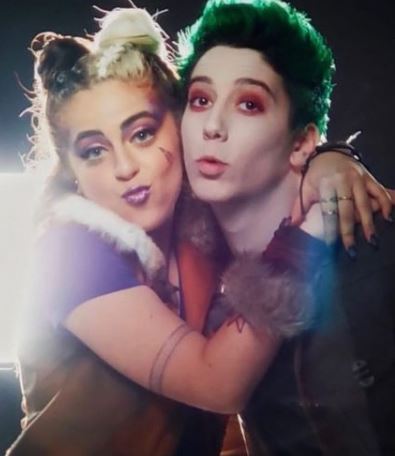 Baby Ariel isn’t just a TikTok star and actress, she’s also a talented singer. In 2017, she released her debut single ‘Aww’. Since then she’s released another seven songs, including ‘The New Kid in Town’, which featured on the Zombies 2 soundtrack.

Baby Ariel has won millions of followers on social media, Time magazine called her one of the most influential people on the internet and Forbes featured her as one of the top influencers.
She won Teen Choice Awards for Choice Muser in 2016 and 2017. She has also been nominated for Streamy Awards, a People’s Choice Award, an iHeartRadio Music Award, etc.

Back in the day, she spent as much as seven hours a day editing videos for her YouTube channel. She also used to use VSCO cam which is a picture editing app.

She released a sticker app in early 2017 called Arielmoji. The app which is not available anymore, allowed you to create customized emojis using Ariel’s actual face.
All for the price of $1.99, you could choose between 96 high-quality stickers and tons of accessories to drag and drop onto Ariel’s face. It also allowed you to send the stickers to your friends in texts. 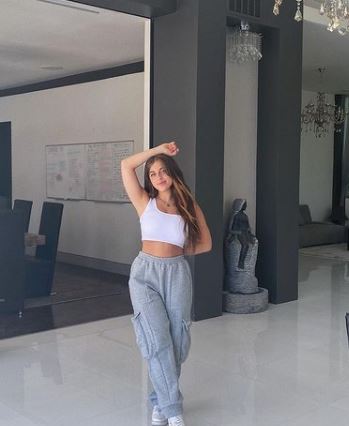 In addition to her music Baby Ariel is well known for her acting. In late 2018, Ariel starred in Baby Doll Records, a mini-series on Brat. In 2019, she starred in Bixler High Private Eye, a Nickelodeon television film.
She is well known for her Disney Channel’s TV Movie Zombie 2 where she plays the role of Wynter. She casts alongside Milo Manheim (Zed), Meg Donnelly (Addison), Trevor Trodjman (Bucky).
The movie was released on 14 February 2020 and follows Seabrook High students Addison (Meg Donnelly) and Zed (Milo Manheim), whose potential relationship is threatened by a group of werewolves. Wynter is a member of the Forbidden Forest’s werewolf pack.

Besides the Disney movies, the social media influencer also holds credits for numerous movie shows such as Bizaardvark, and Henry Danger.

Baby Ariel posted a video to Instagram of Daniel Skye greeting her with gifts on Valentine’s Day 2018. The two apparently had a thing but it quickly fizzled out. 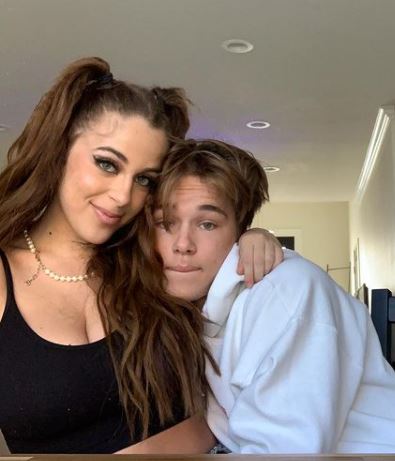 She and current boyfriend, Milo Murphy began officially dating in 2020. She featured him in a “Boyfriend Tag” video on YouTube in September 2020.

Baby Ariel hobbies include playing the piano and singing, which isn’t a big surprise.

Baby Ariel got her first ride in 2017 according to a YouTube video on her channel. At the time she got a black Mercedes Benz.

Notable lessons we can learn from Ariel include, that no matter what you should pursue what makes you happy. She said in an interview: 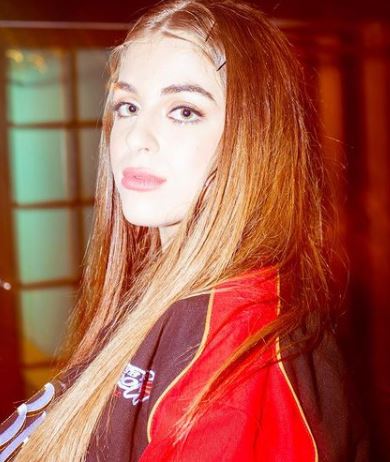 “When I first started Musical.ly and social media, it really, really did affect me because I’m just being myself on the internet,” “After a while I realized, you know, if I’m making people happy and doing what I love to do, just like I tell all my supporters, I have to say it to myself: Be confident in who you are.”

She launched the anti-bullying campaign #ArielMovement in 20125.

What does Baby Ariel do now?

Baby Ariel is certainly not a baby anymore and she is continuously working on new and innovative content and posting throughout her different media channels.

Where can I find Baby Ariel on social media

Baby Ariel is one of the most popular TikTokers at over 35 million followers.

Baby Ariel often posts on Instagram to her 9.6 million followers.

Baby Ariel can also be found on Facebook with over 400k followers.

She also stays active on Twitter where she has over 1 million followers.