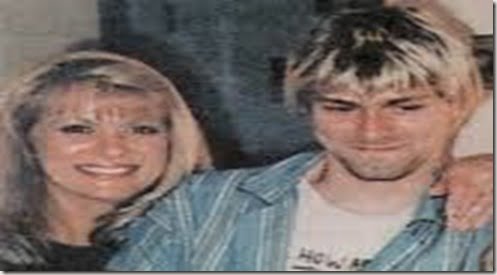 Last night was a great moment for Wendy O’ Connor Cobain, the mother of the late Nirvana front-man, Kurt Cobain. Her son’s band has just been inducted into the Rock And Roll Hall Of Fame, the Daily Mail Reports.

Wendy along with former bandmate Grohl, Novoselic, and Kurt’s sister Kimberly Cobain accepted the award on his behalf in NYC. 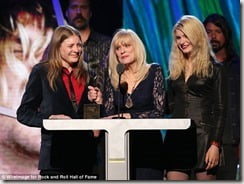 Her son tragically committed suicide 20 years ago, leaving fans in mourning for a tortured soul who had inspired a generation with his poignant lyrics and emotive grunge rock.

It would appear all feuds have been left behind; back in 2001 Wendy O’Connor,  issued the strongly-worded, somewhat rambling statement that rebukes Novoselic and Grohl for committing character assassination against Love and calls for the dissolution of the LLC arrangement. The open letter, which supported Love’s fight against the surviving members of Nirvana, was distributed through Love’s publicist James Barber.

At the time O’Connor insisted Novoselic and Grohl never wrote a single Nirvana song. In the infamous letter, she asserted that Nirvana was “never a partnership of any sort” and that Cobain’s former bandmates, management and label have been taking advantage of both her and Love for years.

“My family has suffered hugely and been ripped off a fortune,”

O’Connor concluded her statement by emphasizing that she’s not looking to take advantage of Nirvana’s success, and only wants to represent Cobain’s best interests.

“I know that my son would want me to stand up for him and his family in this moment of what I can only describe as total betrayal,” 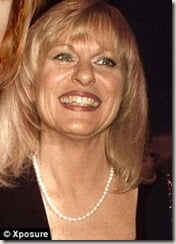 Wendy a former waitress was born Wendy Elizabeth Fradenburg in 1948. She married automotive mechanic, Donald Leland Cobain and the couple became parents to two children. She gave birth to Kurt on February 20, 1967 and daughter Kim on April 24, 1970.

The family of four lived in their in Aberdeen, Washington home until Wendy and husband, Don divorced in 1976. She re-married to Pat O’Connor and gave birth to a third child, a daughter Breanne O’Connor.

After her divorce her soon-to-be star son, went on to live with his father while Wendy took the younger Kim.

Although her children did not grew up together, the three of them were close. Kurt was very close to both Kim and half sister Breanne, she was even thanked in Nirvana’s ”In Utero” special thanks section. 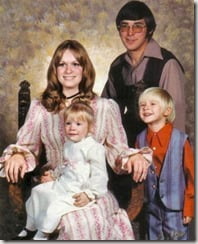 Her ******-addicted Cobain committed suicide in Seattle in 1994, at age 27, not before her son’s Smells Like Teen Spirit hit like a thunderclap upon its 1991 release, briefly making the Pacific Northwest rock’s hottest scene.

Wendy’s son became a father to Frances Bean on August 18, 1992. We can see below a picture of her, her late son, and her son’s wife, Courtney Love. 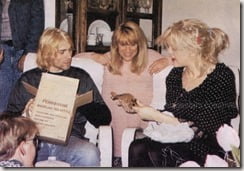 In 2009 Wendy was appointed by a California Superior Court in Los Angeles as her granddaughter’s temporary guardian.

“We’ve decided to sell the home to create a legacy for Kurt, and yes, there are some mixed feelings since we have all loved the home and it carries so many great memories,”

Wendy said she would be happy entering into a partnership with anyone who wants to turn the small bungalow into a museum. 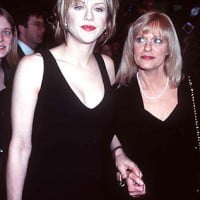 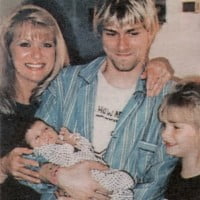 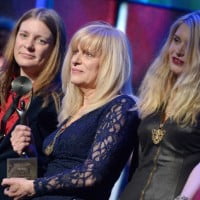 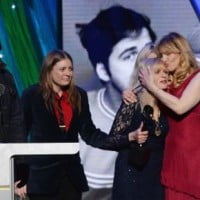 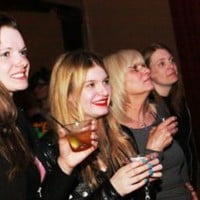 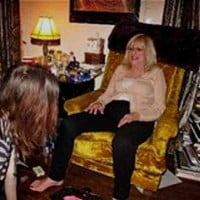 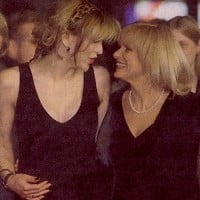