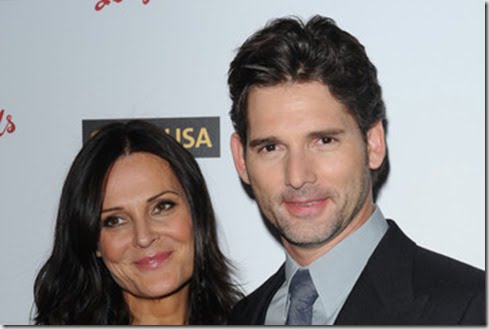 It’s always a grand thing to see rock-solid couples in showbizz, we know there aren’t many these days but a great example of one of those long-running solid marriages would be 45-year-old Aussie actor Eric Bana and his lovely wife Rebecca Gleeson.

Rebecca and Eric tied the knot 17-years-ago and every time they hit the red-carpet or even spotted hanging out just like any other couple they ooze affection, you know, that sparkle that only people in love have. They met in 1995 while she worked with the Seven Network and Bana was working in the TV series “Full Frontal” 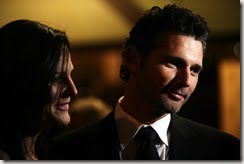 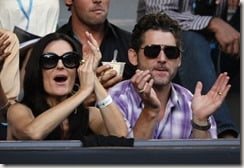 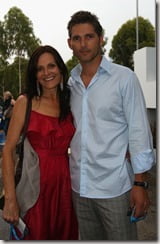 Rebecca is one of those Hollywood’s wives who enjoys being the perfect accessory to her husband, she is always seen standing proudly next to her famous-hot hubby and they do almost everything together, they are what we would call a team-marriage.

According to her famous hubby the key to their relationship is humor — and real chemistry. A couple of years ago he told Women’s Health

“My wife and I really, really like each other as well as love each other,” “We definitely laugh together every day. And I don’t mean chuckle — I can make her really laugh.”

On a more personal note, Rebecca is the daughter of Australia’s chief justice, Murray Gleeson. She was born in 1971 and is a publicist by profession. In 1996 her then boyfriend, won the “Bachelor of the Year” award from Oz’s Cleo Magazine, he received a free trip to New York and brought her along. During that trip Bana proposed to her in the Big Apple, ironically ending his bachelor reign.

They tied the knot the following year in 1997. 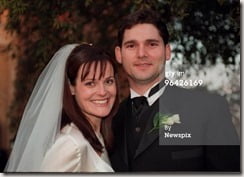 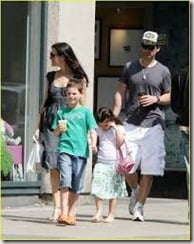 She has the looks of a true star herself but leaves the acting to her hubby and instead she always look impeccable from head to toe. Her fantastic figure at age 40, makes her the perfect  mold for all the great designer gowns. The Daily Mail recently snapped the stunning couple looking dashing as always; she and hubby attended the 130th Anniversary of Bulgari Gala in Sydney and she wowed us in a layered lace gown in shades of navy blue, grey and charcoal.

We cant wait to see her hubby in his up-coming movie, his first horror film – Deliver Us From Evil. Don’t miss the trailer below!