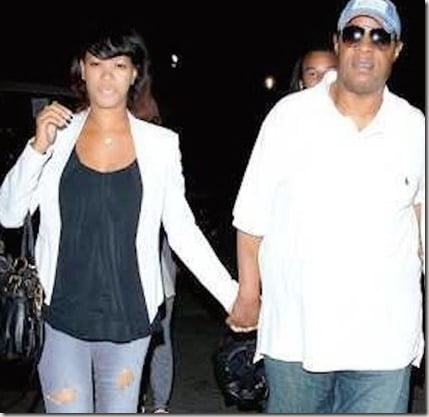 Tomeeka and the singer have been living together since 2012, she is his fiancée, they have a daughter together and she is currently expecting triplets with the 64-year-old musical legend.

Tomeeka, who gave birth to his eighth child last year and will welcome three babies into the world in 2015, is also the mom of another two children, daughters Bri Sche’ Milan and Kenaya Tare Fair, the Daily Mail reports; she also lost one son in 2005, two-year-old Izaiah fell to his death from the window of her third-story apartment, so the now very pregnant mom is hoping for a boy.

On a memorial page for her son, we found Tomeeka and the boy’s father, Terry Lee Junior Fair had in fact produced the three children, two daughters and a son.

At the time 31-year-old Tomeeka was in the kitchen cooking when she heard the blinds moving in Izaiah’s room. She rushed to check on him, only to find him on the ground outside. Bracy had one of Izaiah’s sisters run to the management office to call 911 while she rushed downstairs to the child, who suffered severe head and facial injuries. She picked up Izaiah and was holding him when police and rescue workers arrived a short time later. Izaiah Lee Anthony Fair was pronounced dead shortly after being flown to Inova Fairfax Hospital. Police found no wrongdoing on Tomeeka’s part. 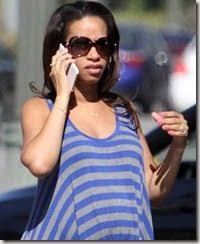 The triplets will be the fourth, fifth and sixth children for Tameeka and the ninth, tenth and eleventh for Stevie, who is said to be ecstatic to be a father again.

Being the icon that he is, Stevie has had many relationships and with them, many children. He was married to Motown singer/songwriter, Syreeta Wright in the 70’s but after only two years and no children they amicably went their separate ways.

In 2012 The Superstition hit-maker who is currently prepping for a nationwide tour, divorced his ex-wife of 11 years, Kai Millard Morris, with whom he fathered two children together: Kailand, 13, and Mandla, 9. They had been together since 2001. 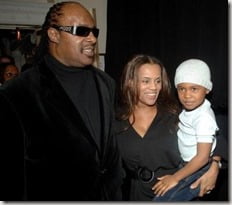 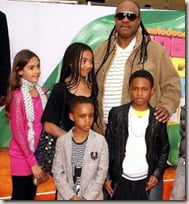 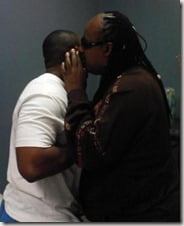 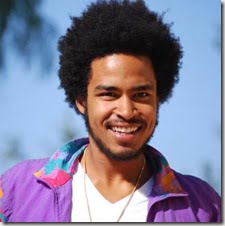 In 1975, Aisha Morris was born, product of Stevie and former secretary, Yolanda Simmons. Now Aisha who is also a singer has toured with her famous father. Yolanda and Stevie also had a son, Keita Morris. Stevie is also the father of sons, Mumtaz, Kwame, and daughter Sophia Morris, with Melody McCulley.

We are ecstatic to hear Tomeeka and Stevie have welcomed their second child together! Reports have confirmed Tomeeka gave birth to one baby girl despite the triplets report. They named the baby Nia, which means purpose.

The now official father of nine, revealed last month to The View, he and his lovely girlfriend were expecting, saying how thrilled they were. Welcome to the world Nia!

Tomeeka Robyn Bracy became Stevie Wonder’s third wife in 2017. At the time she was 42 and he was 67-years-old. The couple tied the knot at the Hotel Bel-Air in Los Angeles and were serenaded by John Legend.

Usher and Pharrell Williams also performed before Wonder got on stage himself. The likes of Baby Face was also in attendance.