Jenny’s husband had been on the run for the murder of a man back in 2011. However Marin turned himself in to authorities earlier this week. The 64-year-old Cuban businessman successfully fled the States years ago turning up in Europe where he had been living since. On Tuesday he visited the American Embassy in Madrid and after running a background check agents noticed his visitor’s permit had expired. Most importantly they noticed the FBI was looking for him.

Her husband is accused of plotting the violent killing of Camilo Salazar and the reason is pretty simple. Marin allegedly had Salazar murdered after he discover he was having an affair with his then wife, Jenny Marin.

Manuel allegedly orchestrated Camilo’s death back in June 2011. According to reports Camilo was tortured. He was found on the side of a dirt road near the everglades in Miami. His body was badly beaten, his groin were burned and his throat was slit. Salazar is survived by his wife and a child. 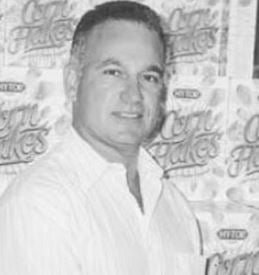 Prior to the murder, Manuel Marin started out in the bodega business in New York in the 1980s and later ventured to Miami, where he managed to open 30 Presidente Supermarkets in the area – one of the fastest-growing Hispanic supermarket chains in the United States. His son, Yaddiel Marin now manages the Presidente Supermarkets.

It was Jenny Marin herself who told investigators at the time that her husband had discover her affair with Salazar and that he had vanished taking his passport after Salazar’s death.

Jenny Marin and Camilo Salazar had been in a relationship in the past and rekindle their love in 2011. Manuel Marin learned about the affair and confronted them but they continued to see each other.

That’s when Manuel hired three other man to help him murder Salazar. On the day of his murder, Jenny noticed her husband was acting weird and tried calling Salazar to no avail.

Three days after the death of Salazar Manuel Marin boarded a flight to France and never returned. The international man hunt for Marin finally comes to an end.