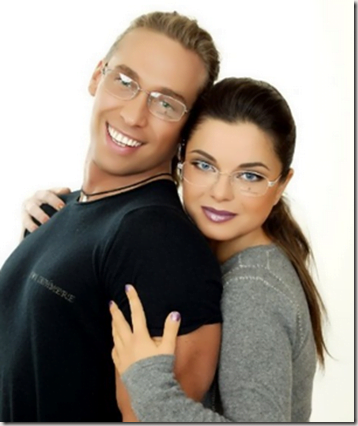 46-year-old Russian actor Sergey Glushko is the husband of major Russian pop star: singer Natasha Koroleva. The celebrity couple has been making headlines after, 41-year-old Koroleva has alleged that someone hacked into her computer and stole an intimate and explicit video of her with her husband! According to his IMDb page, he is better known for his acting on Moskovskiy zhigolo (2008), Anastasiya Slutskaya(2003) and Samyy luchshiy film 3-DE (2011). He and his wife tied the knot in 2002 and are parents of one child, son Arkhipov; born shortly after. His wife was previously married to a well-known Russian pop singer-songwriter Igor Nikolayev. The former couple made several collaborations together, but according to reports when Natasha expressed her desire to perform solo, he didn’t take too well and went their separate ways. Sergey is best known in his native country as a male stripper nicknamed “Tarzan.” He graduated from the Space Academy and often performs in duets with his beautiful wife.

Koroleva who had been decorated by the state could have her title revoked by President Putin over the recent ***-loaded footage. Sergey’s wife has announced she will take legal action against Super.ru for making the video public.