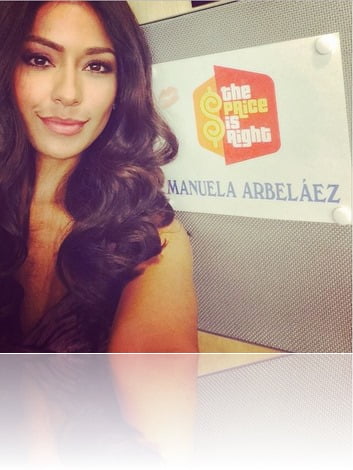 Manuela Arbelaez is a veteran model at the Price is Right, she is the model who awarded  a car to a contestant after she mistakenly revealed the winning selection. Manuela later tweeted she didn’t get in trouble for her mistake . In case you all wondering, Manuela is not single, her boyfriend only known to us by his Instagram name Devo Wulf is quite muscular and handsome, they look terrific together!