Rosalie Trapasso is the widow of musician and actor, Nick Apollo -who died earlier this week at age 81.

Rosalie’s husband was a lounge singer who gave an engaging performance in Woody Allen’s film “Broadway Danny Rose,” died Wednesday at age 81.
Born Nicola Antonio Forte on June 14, 1938; the Connecticut native began his career at age 15 under the stage name Nicky Redman and opened for Della Reese at Harlem’s Apollo Theater in 1957. He later adopted the stage name Nick Apollo.

Forte, went onto recorded albums in addition to his live shows. When Allen was looking for someone to play a lounge singer in 1984′s “Broadway Danny Rose,” he came across Forte’s album “Images” in a record store in New York and gave him the part.
Forte appeared on “The Tonight Show” with Johnny Carson after the film opened, but returned to his lounge act, playing small cabarets and cruise ships for years. Most recently in 2016, he played himself in the Showtime series “Billions” 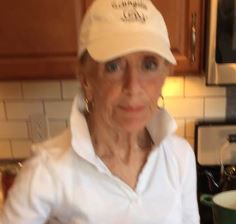 Rosalie Trapasso was married to Nick for over six decades. Rosalie Trapasso became Mrs. Forte in 1958, meaning she is his wife of 61-years to be exact.
At the time of their nuptials, Rosalie Trapasso worked at a shoe store he managed. During their marriage they welcomed and raised seven children.
According to online records, Rosalie Trapasso was born circa 1940’s. Rosalie Trapasso is the proud mother of daughters Robin, Natelli, Lynn, and Shelly and sons; Nicholas, Mark and Jeffery Forte.
Thanks to her husban’s work headlining performances on multiple cruise ships, the couple traveled across the globe to locations including Australia, New Zealand, China, Alaska and Hawaii.
The family also spent summers on the water at their summer cottage in Rhode Island.