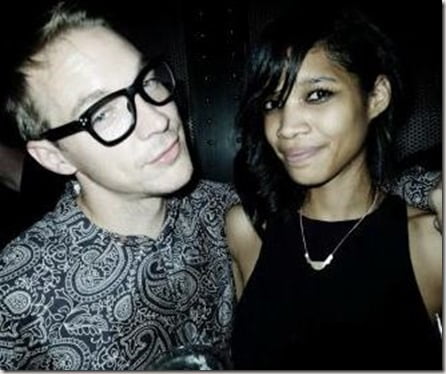 Major congrats are in store for Kathryn Lockhart who is said to be expecting her second baby! She is the former girlfriend of Dj, music producer, rapper Diplo. Even thought the couple is not together anymore reports say Diplo is still very much involved in her life, did we mention he is also allegedly dating miss Katy Perry? 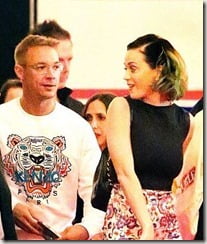 The question that comes next to our minds is, did Perry –who was first linked to Diplo in April –knew his former gal pal was expecting? 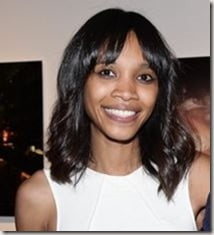 Thruth is, Kathryn who is also the mother of the couple’s first child, might had not known herself about her pregnancy! Some reports online say the couple broke up years ago but her recent baby bump proves they were hot and heavy just a few months back.

Kathryn is half-Asian, half-black woman, when she and Diplo began dating, around 2010, she worked as a bartender. Talking about his relationship to Rolling Stone Mag in 2012, her then boyfriend and living partner, told the magazine that she “got pregnant by accident.” At the time they were living in a rented house in Los Feliz with unobstructed views of the San Bernardino mountains. 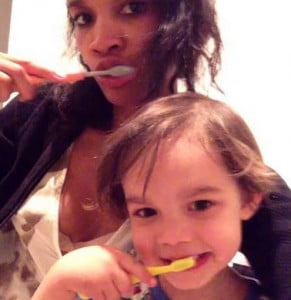 Together, they have a four-year-old son with curly brown hair named Lockett. One she became a mom to Lockett she left her job and she is said to be a full-time mom.

I found a love for planning all his parties and found that I was very good at it! Organizing, planning, and the whole creative process of planning a child’s party or event is not work to me, it’s fun! Every year, I’ve received many compliments on the things I would do to make his parties special.

People always said I should party plan for a living, so now here I am giving it a go. I truly enjoy making children’s fantasies become a reality.