Elijah Blue Allman is the son of iconic artist, Cher and her second husband and fellow musician, Gregg Allman.

Elijah followed into her parent’s footsteps into the music world and chose to pursue a career as a singer.
Both his parents need little introduction; Elijah is a member of the Allman family through his late father, Gregg Allman -famously known as a founding member of the Allman Brothers Band. And well, his mother is simply, Cher -the goddess of pop and queen of reinvention. 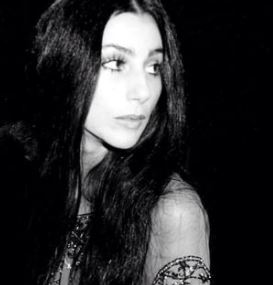 Prior to her marriage to Gregg Allman, Cher was in a highly publicized marriage with artist and politician, Sonny Bono. The two achieved critical acclaim through their partnership and singing duet, Sonny & Cher.

They had a string of pop hits in the mid-1960s that began with the career-defining “I Got You Babe.” The once famous couple established themselves as one of the most prominent married couples in the world of music.
After 13 years together as a couple and six years of marriage, Sonny and Cher were legally divorced in 1975. By the time of their split, they were both considered huge tv stars due to their hugely successful NBC variety show.
During their marriage, the couple produced one child, a daughter Chastity Bono. 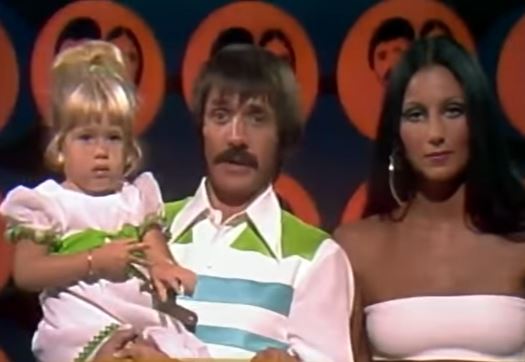 Chastity Bono was born on March 4, 1969; to famous parents Sonny Bono and Cher.
Bono was named after the film Chastity, which was produced by Sonny for Cher to star in. From a young age, Chastity knew there was something that separated her from other girls.
At age 18, she came out to her parents as a *******, and was publicly outed by the tabloids in 1995.
Bono, who is a transman, began his transition in 2008; and is known now as Chaz Salvatore Bono. The transition finally became official in the summer of 2010 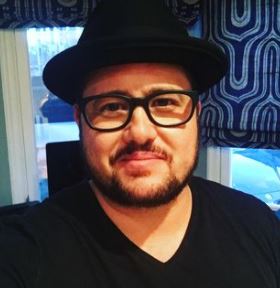 Following the transition from Chastity to Chaz, Cher became the mother of a son and stopped having a daughter.

Chaz Bono was exposed to showbiz since birth, he came to prominence as a child appearing on her parents TV show. He has made a name by himself as a musician, writer and advocate.
He was in a band called Ceremony in his youth but has since become a known figure in LGBT activism. He spoke about his transition in two books, Family Outing: A Guide to the Coming Out Process for Gays, ********, and Their Families and The memoir The End of Innocence.

With the birth of her second child, Elijah, from her second marriage to Gregg Allman; she is the mother of two sons.

Who is Cher and Gregg Allman’s Child? At the time of his birth his parents were both rich, famous and successful. However, by the time he was four-years-old, they had already divorced. Cher was the third of Allman’s eight wives.
It is safe to say that like a lot of celebrity children, Elijah had a dysfunctional childhood.

Young Elijah was sent to a boarding school since age seven. At the time Cher thought it was the best thing for the young boy since she had divorced Elijah’s father Gree Allman, who was also heavily involved in drugs.
The little contact he had with both his parents was when he visited them in New York some weekends.

Does Elijah Blue Allman have a relationship with Cher?

Elijah has spoken about feeling shunned as a child, he has been in an estranged relationship with his mother for years.
During a candid interview he quite frankly said
“When you go to boarding school at 7 years old, it’s kind of hard to feel like you’re not being shunned. But I’m at an age where I’m making peace with it because you just have to. But I still…it doesn’t mean it’s right. It’s still wrong to do that.”

What does Elijah Blue Allman Do For A Living?

Elijah, pretty much like his parents pursued a career in entertainment. He was just 13 when Gene Simmons gave him his first guitar.

In 2010, Elijah Blue hаd hiѕ firѕt solo exhibition аt Kantor Gallery, Los Angeles. Hе iѕ сurrеntlу working аѕ a contemporary artist.
In 2017, Deadsy did a show or two together and have announced an album will be dropped in 2021.

How much is Elijah Blue Allman worth?

According to online sources, Allman has a net worth of approximately, $15 million. He made most of his wealth through his music career. He’s been focusing on contemporary art since the late 2000’s and held his first exhibition in 2010. 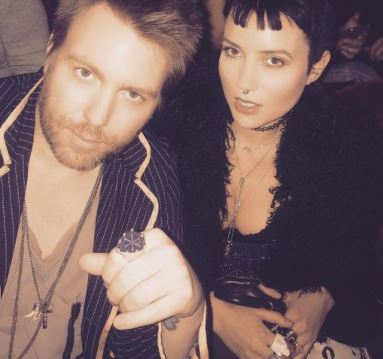 Elijah is in deed a married man. In his younger years he was romantically linked to another celebrity child, Paris Hilton.

Allman сurrеntlу resides in Beverly Hills, California with his wife Marieangela “Queenie” King, оf thе band KING, to whom he got married to on December 1, 2013. The two met on a blind date while Elijah was under treatment for Lyme disease.

Cher was not invited to their wedding. 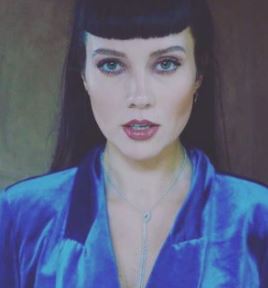 Marieangela King is an English musician “Angie” King, also known as Queenie; of the band that bears her last name.
She was born July 16, 1987 in Mumbai, India; to parents Michael Jaffray King and Irmgard King. She is one of seven children.

Marieangela along with four of her siblings formed the pop band Kin, in 1997. As a musician, she’s done concerts, events, and tours.
In addition to her career as an entertainer, King has been involved with number of non-profit organizations.
She and her husband split their time between their residence in Beverly Hills and Germany.

Is Cher A Grandmother?

No, though she has expressed she would love some grandchildren, Cher doesn’t have any.

Though her son Elijah has been married for several years now, he and wife Marieangela King do not have any children together.