Jill Goodacre is the stunning wife of Emmy and Grammy-winning artist Harry Connick Jr. The couple has been married for over two decades and has one of showbiz’s most enviable love stories and have three gorgeous daughters together Sara Kate, Charlotte, and Georgia Tatum Connick.

Mr. Connick Jr. -a musician and actor; has sold over 28 million albums worldwide while Jill Goodacre was one of Victoria’s Secret’s main models in the 1980s and early 1990s. The two have been hitched since 1994. The longtime couple is the proud parents of three grown children.

Born September 11, 1967; Harry Connick Jr. chose a career in entertainment instead of following his father’s footsteps. His father Harry Connick Sr. was the district attorney of New Orleans from 1973–2003.

Connick Jr’s talent for music was shown from an early age. He is ranked among the top 60 best-selling male artists in the country with 16 million in certified sales. He has had seven top 20 US albums, and ten number-one US jazz albums, earning more number-one albums than any other artist in US jazz chart history. Connick Jr. is also known for several acting roles and as a TV talk show host. 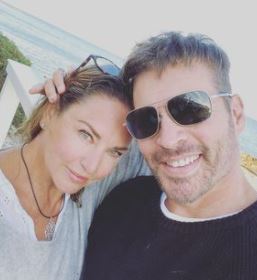 The stars met in the 1990s, Harry and Jill began dating when she was at the height of her career as a lingerie model and Cosmopolitan cover girl. At the time, he had sung the music for the movie When Harry Met Sally, along with Meg Ryan and Billy Crystal.

Harry revealed in a candid interview.

The two hit it off ever since and were hitched four years later. Since then they have shared their lives together. The couple splits their time between New Orleans, Connecticut, and Los Angeles.

Harry, known for his romantic crooning voice, said during an interview when speaking about his beloved wife

‘She’s everything to me. I wouldn’t have anything without her’

The hitmaker went onto reveal he was once asked by someone famous about cheating on his wife, pointing at his ring he replied

“I worked really hard for this and this is something that means a lot to me.”‘

Harry dedicated one of his latest songs, titled ‘True Love’ to his amazing wife.

When Did Jill Goodacre Get Married? 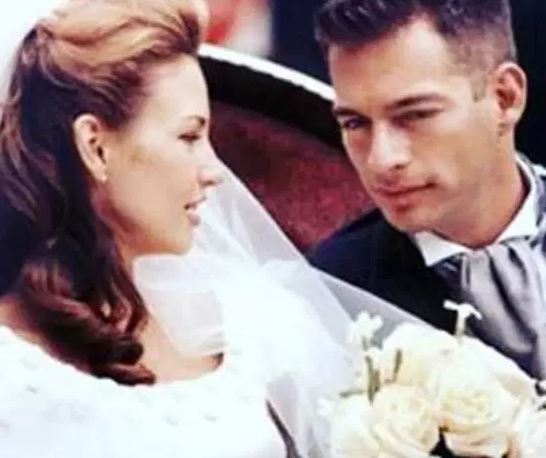 The successful musician got himself an equally successful woman. That’s why in 1994 he and Jill Goodacre tied the knot. The two were wedded in a Catholic ceremony at St. Louis Cathedral in New Orleans. 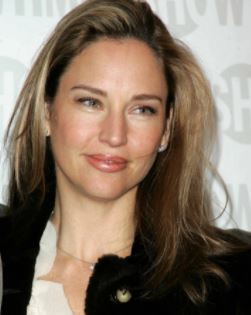 Jill Goodacre who now goes by Jill Connick; was born March 29, 1964; the Texas native is the daughter of sculptor mother, Glenna Maxey Goodacre. She was raised in Boulder, Colorado.

The Lubbock, TX; stunner is a well known Victoria’s Secret’s top model of the ’80s. As a result, she became a household name as one of the first models featured in the Victoria’s Secret catalog.

In addition to modeling, Jill transitioned to acting appearing on a number of TV roles and music videos. As an actress, her work includes roles in The Uninvited, Friends, Worlds Beyond, Odd Jobs, The Nation’s Health and Play for Today.

She also provided voice-over work for “The Duckman”, and appeared in “Simply Mad About the Mouse”. Jill also takes the credit for directing her husband’s 1993 concert, “Harry Connick Jr.: The New York Big Band Concert.” 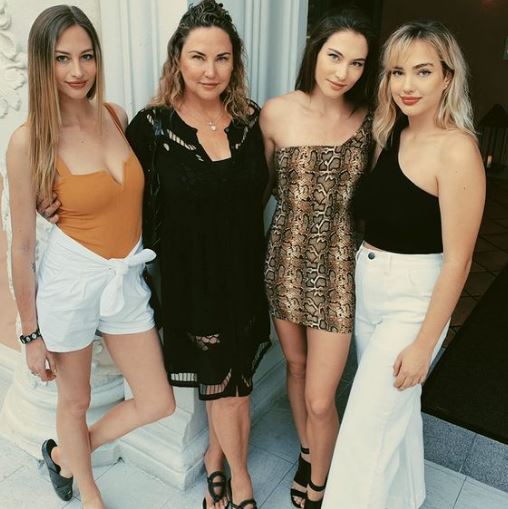 The couple’s daughters are now young ladies with their own careers and paths. Find out personal details about each of the Connick ladies below. 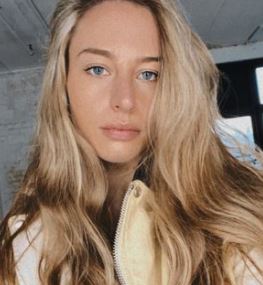 Georgia is the eldest child of Harry and, Jill Goodacre; she was born Georgia Tatum Connick on April 17, 1996.

Georgia graduated from New Canaan High School –where she took courses including Digital Photography, Algebra, and Biology.
The pretty blonde who’s clearly inherited the looks of her mom, was an honor student, according to New Canaanite.

According to her LinkedIn, she’s worked as a Pool Attendant at Chatham Bars Inn and a bartender. The Vermont Academy student is interested in Psychology, Filmmaking, and Religion according to her profile.
She is currently listed as a Freelance Photographer & Videographer.

In a previous post, we told you about one of the couple’s three gorgeous daughters, Georgia Connick. She made headlines a couple of years ago when she was charged with providing alcohol to minors during a party, she was arrested in New Canaan, Connecticut. 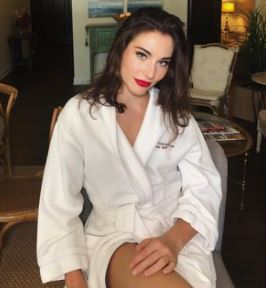 Sarah Kate Connick who goes by Kate was born September 12, 1997.

Kate followed in her mother’s footsteps and is currently a model for Otto Models.

She played lacrosse at Furman University where she majored in art. Kate Connick graduated from King School.
Kate Connick made her stage debut in 2008 at the age of 10 when she sang backup vocals on “Winter Wonderland” for her dad’s Christmas album.

In addition, the stunner runs her own fashion line Kate Connick Clothing. She is the host of her podcast Connect With Kate.
Find Kate Connick on Instagram. 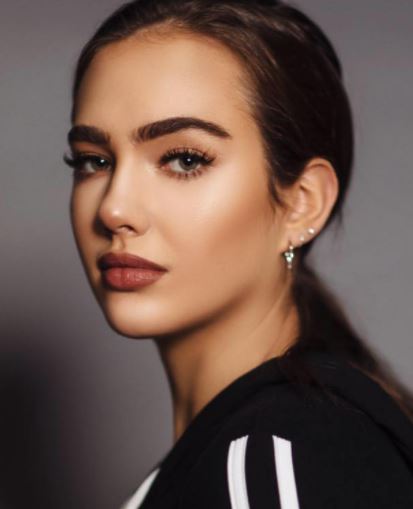 Charlotte Connick was born on June 26, 2002. She is an actress, she made an appearance in the 2011 film Dolphin Tale alongside her father.
She attended New Canaan High School, New Canaan, CT, and currently resides in New Canaan, Connecticut.

Jill along with Stephanie Seymour, and Dutch model Frederique helped Victoria’s Secret grow from a new company to one of the world’s giants in women’s lingerie, hosiery, swimwear, and clothing. During the 80’s she appeared extensively in the catalogs.

She was used in all of their early advertisements, catalogs, and retail store advertising. Jill and the other models served as the face of the brand as it grew throughout the 80s.

Goodacre, also an actress, appeared in a couple of her husband’s music videos, and the song “Jill”, on the album Blue Light, Red Light (1991) is about her.

What Is Jill Goodacre Worth?

According to online sources, the actress and former model is considered to have a net worth of approximately $5 million dollars.

What Happened To Jill Goodacre?

Her treatment included a lumpectomy, radiation, and Tamoxifen. 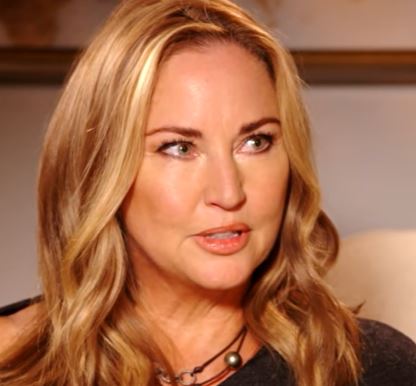 The proud wife and mom of three recently opened up about her secret battle with breast cancer. The 55-year-old revealed during an interview she was diagnosed with stage 1 invasive ductal carcinoma in 2012. She immediately underwent a lumpectomy followed by radiation.
She told ‘It’s one of the hardest days of my life.’

It wasn’t until 2017, that she and her husband revealed the cancer bout, saying it had been the reason why she had reduced her media visibility. She revealed the ailment took a toll on her confidence as she put on extra weight due to the treatment’s side effects.

Mrs. Coodacre is currently about eight years in remission, good news since passing the five-year mark is considered by experts as a sign that cancer may never return.

Speaking about her diagnosis, Harry revealed
‘It was the most empty, horrifying moment, especially when it’s your hero,’ ‘It was a very scary place to be.’
It reminded the musician about the fear of losing his mother to ovarian cancer when he was just 13. 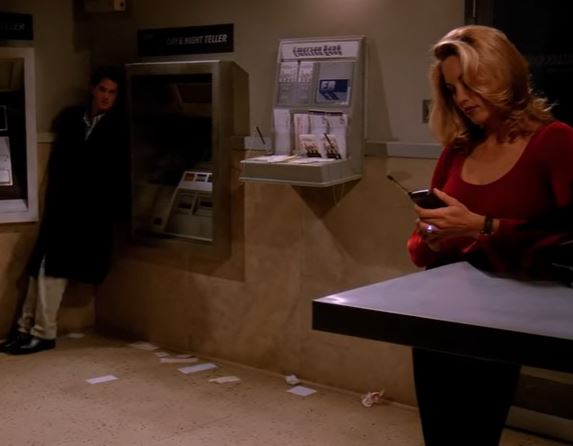 Jill began appearing on TV shows around 1994. At the time she also made an apparition on the David Letterman Show.
Jill Goodacre famously appeared on Friends in 1994, in an episode titled The One With The Blackout.

During the guest appearance, she played herself alongside Craig Bierce. The hilarious episode featured her and Chandler being trapped in an ATM vestibule.