48-year-old Edie Brickell-Simon, she is the wife of singer-songwriter Paul Simon from the timeless duo Simons and Garfunkel; who hasn’t heard one of her husbands songs right! The same goes to his pretty wife Edie Arlisa Brickell and her New Bohemians songs.

Edie Brickell who is also a singer-songwriter was born March 10, 1966 in Oak Cliff, TX. Better known for being the lead vocalist of folk-rock band New Bohemians. Since her debut in 1985 she’s been associated to sevral other acts including The Heavy Circles, The Gaddabouts, Steve Martin, Steep Canyon Rangers. 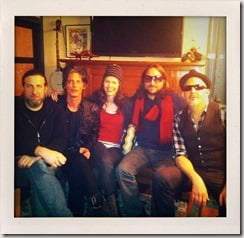 Have you ever heard the story when Edie first saw her future husband? According to Edie herself, she was performing on NBC‘s Saturday Night Live on Saturday November 5, 1988 when she noticed Simon standing in front of the cameraman.  She revealed even though she had performed the song hundreds of times in clubs, he made her forget how the song went when she laid eyes on him!

Even with that romantic tale, the couple was arrested and charged with disorderly conduct!

According to online sources, the marriage of 22-years were arrested at their home in New Canaan, Connecticut, on Saturday. The pair appeared in court in Monday, where Simon told the judge that their arrest was due to a rare argument!

Her 12-time Grammy winner and song-writer hall of famer husband has been tied down two previous times before her and was also marked by young lover Kathleen Mary “Kathy” Chitty, who was named in at least two of his songs. He first married Peggy Harper in 1969, with whom he fathered a son. Second wife was actress Carrie Fisher.

And because third time is usually a charm Brickell and Simon wedded May 30, 1992. They have three children together, Adrian, Lulu, and Gabriel.

The couple has performed together; among the songs performed by Paul Simon and wife Edie Brickell  was “Kodachrome,” a song written by Simon that appeared on his 1973 album, “There Goes Rhymin’ Simon.” Said Brickell in introducing the song: “When I was a kid, it was a sunny day in Texas, the radio was on. I was still in school. And I heard this song, the first line of this song, and I said, ‘I love this guy.’” The first line, which brought screams from the high school audience: “When I think back on all the **** I learned in high school…”

But no worries here, the solid marriage said in court that they see no need for a protective order and did not feel threatened by each other. Hey, who says we can’t get a little looney sometimes!

These days Edie seems to be more busy, since teaming up with actor Steve Martin. 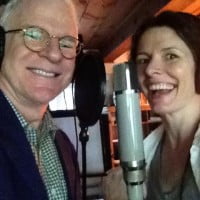 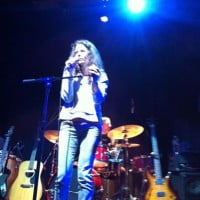 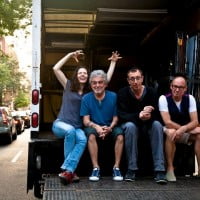 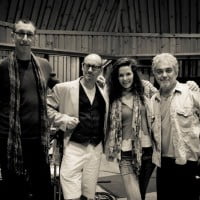 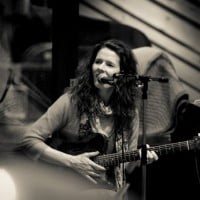 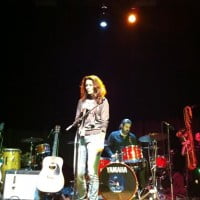 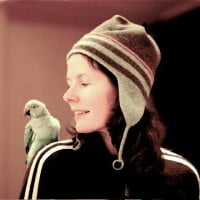