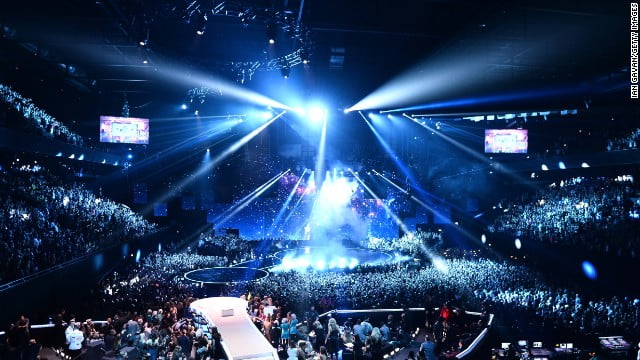 Well, the top five performances named here are given in no particular order, and that’s because it just depends on what your taste is in music, and who you’re a fan of.

Katy Perry  We loved watching her high above the audience, wrapped in colorful ribbons singing “Unconditionally”. And when the ribbons were pulled off that beautiful prism outfit flashing as laser lights hit her. 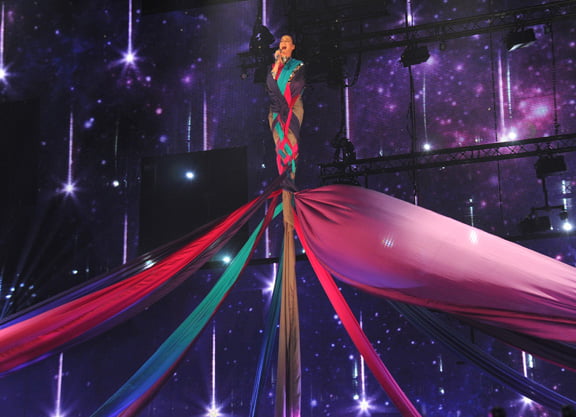 Miley Cyrus-  After shocking everyone at the VMA’s, she was a little more well behaved, starting off the show in a space helmet doing a mix of “We Can’t Stop” with a team of space cadets and a dancing dwarf no less! 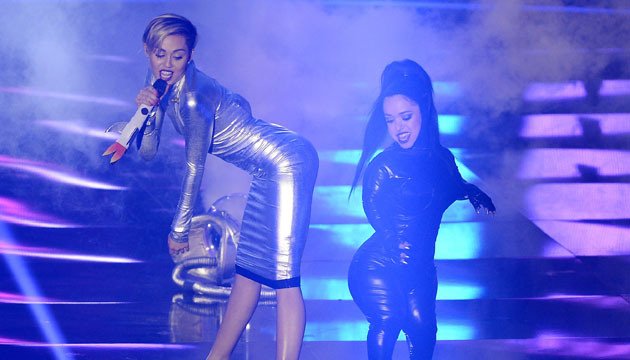 Robin Thicke and Iggy Azalea  Robin’s performance followed Miley’s. He was also accompanied by intergalactic females, as he sang his smash “Blurred Lines”. He was joined by Australian favorite Iggy Azalea for the song’s rap. He then went into his latest single “Feel Good”. 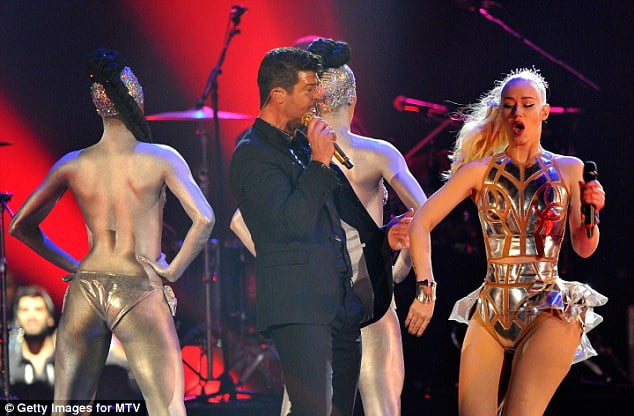 Eminem  He opened with his new track “Bezerk” as he walked out of a boombox keeping the crowd happy with his catchy rhymes. Everyone was happy to see him again. He went into another song from his new album “Rap God”, before being awarded Global Icon Award. 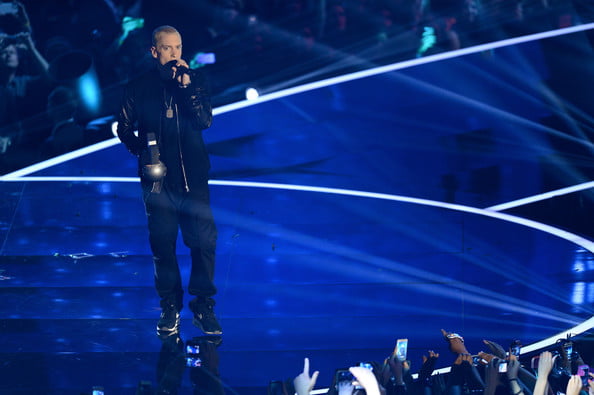 Bruno Mars  His voice was in top form as he performed “Gorilla”, but that pole dancer stole the show as she moved in time to the song. She was unbelievable. 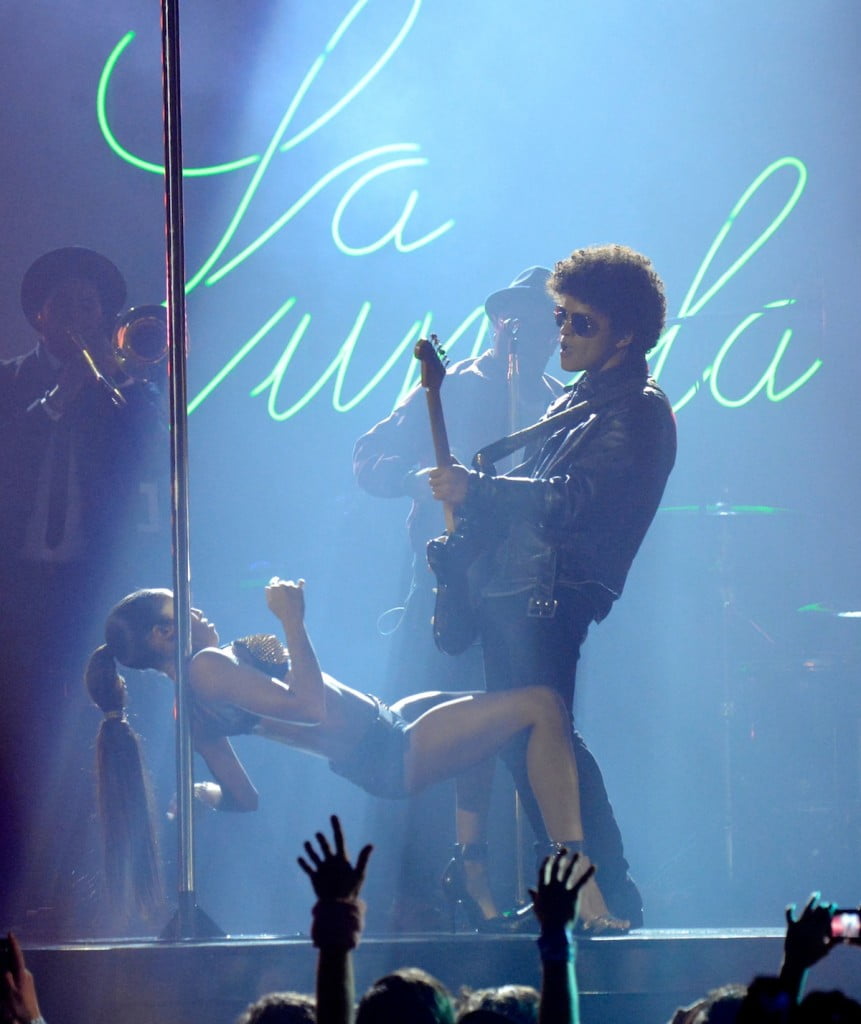 There you have it. Do you think these were the best, or do you have other favorites from last night’s show? Be sure to let us know in your comments.