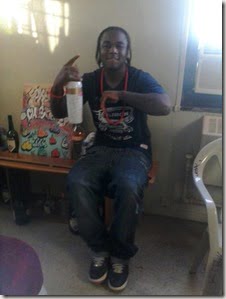 Can you picture the future of a 16-year-old teen accused of murder? Definitely not a bright one! That is what 16-year-old, Bronx resident Corey Dunton can expect. According to police, Dunton is the primary suspect in connection with a shooting at the Bryant Park skating rink that wounded two people, and apparently it all began over a coat???

1. He had a plan: The New York Daily News reports, a day before the shooting, the teen suspect had gone to social media to boast about his desire to stir up trouble at the Midtown tourist attraction.

2. His motive: What stirred up the rage of the reckless teen? He apparently got into a fight just outside the rink with Javier Contreras over the 20-year-old’s pricey Marmot Mammoth parka, commonly known as the “Biggie.” Contreras who refused to cough up the coat and Dunton allegedly left the area only to return and open fire at skaters taking a late-night glide.

3. His victims: One victim was shot in the back and the second one in the leg, police said. The victims’ injuries are not life-threatening. The victims were 14-year-old Adonis Mera and 20 years of age Javier Contreras.

4. How was he nabbed? Tipped off by a witness and after police found his shameless Facebook page, which is not longer available and where he issued a stunning confession and suicide threat for the Saturday night melee. 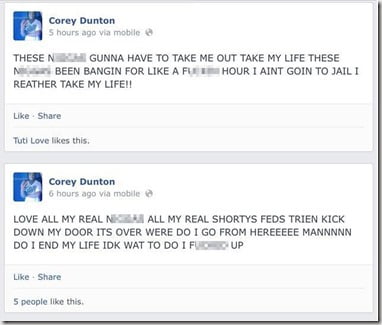 5. He was arrested the following day: After a lengthy interrogation at the NYPD’s Midtown South Precinct station house, police charged Dunton on Sunday night.

6. Charges: He will be charged as an adult. He has been charged with attempted murder, assault, reckless endangerment and criminal possession of a weapon.

7. He is a gang member. According to the Daily Mail, Corey is suspected to be a member of the Bloods gang.