Victoria Siegel, the 18-year-old daughter of billionaire couple, David and Jackie (nee Mallery) Siegel, was found dead over the weekend in the family’s Florida home. David and Jackie are known from the 2012 Sundance Award Winning Movie “The Queen of Versailles.”

A documentary that follows the billionaire couple as they attempt to build the United States’ largest single family residence, one they modeled after equal parts the Palace of Versailles and the top three floors of the Paris Hotel in Las Vegas.

Her father, David is the owner of of Westgate Resorts, a timeshare company in Florida and her mother, Jackie –who is 30-years-her-hubby’s-junior and self described “Model – Wife – Philanthropist – Mom” is a former Miss Florida and has a computer science degree. 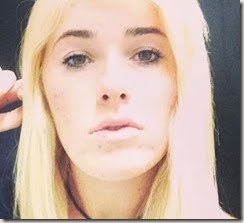 The couple are the parents of 8-children, Victoria was the eldest. According to media reports, the pretty blonde –who was known by her nickname “Rikki” –was found unresponsive in the family’s Windermere mansion just after 2:00 PM by the housekeeper. She was pronounced dead at Health Central Hospital. According to reports from WKMG, Victoria died of a drug overdose.

It is with great sadness that we ask you to respect our privacy during this tragic time and the loss of our beloved daughter, Victoria. Thank you all for your prayers and for your support.

As more information comes out the family will share it, until that time there is no comment.

Most recently the family appeared in TV show Wife Swap, where they admitted to dedicate little time to their children.