73-year-old Kwasi Oduro has been identified as the Mercedes SUV owner who drove into a restaurant killing 7-year-old boy named Ethan Villavicencio.

The fatal accident took place late yesterday when Oduro –who is from the Bronx –drove his SUV into Kennedy’s Chicken and Sandwiches on Westchester Avenue by Bruckner Boulevard.

Reports say Oduro fled the scene but has been arrested.

Several reports say Kwasi smashed through the glass, hitting not only little Ethan but also his 5-year-old sister and 37-year-old father, they were all seated inside. 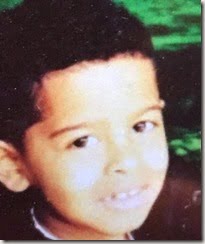 A few seconds after the crash witnesses say Oduro drove off but they followed him about two blocks were they flagged down police. Officers found him in the banged up vehicle and made the arrest, according to CBS. The horrifying scene was witnessed by the restaurant’s owner and waitress.

Initial investigations suggest Oduro was trying to park his SUV but in one of those freak-incidents, he hit the gas instead of the breaks, which cause him to backed into the restaurant and right to the place where Ethan and his family were. 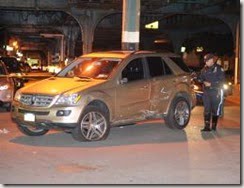 Ethan’s father and sister sustained minor injuries and have been released from the hospital.

The family is still looking for answers to the death of Ethan Villavicencio.

Oduro was charged with leaving the scene of an accident that resulted in a death and injuries and will be arraigned today. According to public records, Oduro used to work in the public sector and is related to Margaret and Mary Oduro.