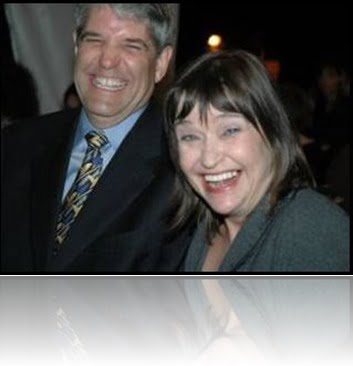 Jan Hooks a renowned SNL veteran has died after battling a serious illness at the age of 57 at her home in New York. At the time of her death Jan was married to  Tom Hooks, who we all met at several red carpet events, but just so you known this silver fox is not her husband but her beloved brother!

Jan left SNL in 1994, but she continued to made cameo appearances from time to time. After SNL, Hooks starred on CBS sitcom Designing Women, she also played Vicki Dubcek in the comedy series 3rd Rock From The Sun and Verna Maroney in 30 Rock.

Jan passed away on the morning of October 9, 2014 in NYC of an undisclosed illness, Her death was confirmed by her agent.

Back  in 2006, at the premiere of the Sweeney Sisters Jan walked the red carpet holding the arms of a handsome man, that was identified as Tom Hooks, Jan’s husband.

Wrong, wrong, Tom Hooks was indeed a very dear, precious person in Jan’s life, because he was one of her best friends and dear  big brother,

However, there is no mention of Tom Hooks in the midst of her tragic death.