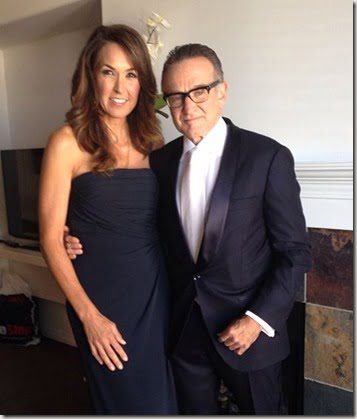 It’s been only a few weeks after Hollywood lost one of his biggest comedy figures, the suicide of actor Robin Williams sure shook us all but no one could have been more close to the now late star than his wife of three-years, lovely Susan Schneider.

While reports of her doing just dandy –only three weeks after the certainly unexpected death of her second husband, actor Robin Williams –saying “she’s surprisingly resilient” fly around, t’s been revealed in explosive court documents that Schneider was once allegedly suicidal herself, it was so bad that her ex-husband even feared she wasn’t stable!

Susan was first married to Richard Armusewicz. The couple divorced in 2001 and while divorce proceedings happened Richard charged Susan saying “she was suicidal just in the last 4 months” and added he questions “whether she is actually very stable.” 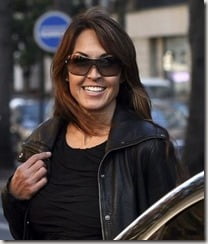 Richard pretty much exposes Susan as a cult fan and suicidal! Richard and Susan were married for ten-years, so he must know what he’s talking about right! The couple became parents of two children during that time.

“I have concern that she (Susan) has stated on two occasions very recently that she could seriously hurt herself or hurt somebody else,”

Papers also described Susan was so into the “cult” that according to Richard she she called their Novato, Calif. home a “hub” for “cult activities.” Once out of tha so-called cult, she was apparently cured! She wrote:

“Since I have left the ‘Cult,’ I feel as if the weight of the world has been lifted from my shoulders… I am no longer feeling trapped and despondent.”

A a source also told The ENQUIRER, Richard and Susan’s marriage was a living **** ! Not much is known about her husband but we can tell you 52-year-old Richard J Armusewicz worked at Concerto Support Services Ltd Design Construction.

He also goes as Richard A Armusewicz, is related to Erin Gowen and he has lived in Novato, CA; Petaluma, CA; San Anselmo, CA and Northbrook, IL.

What does the latest info tells you about Susan?