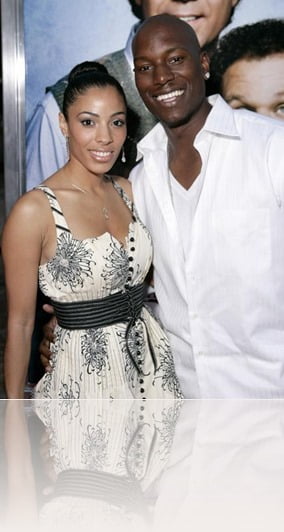 Tyrese Gibson a rapper ad actor who played Roman Pearce in the Fast & Furious film series was once married to the pretty Norma Gibson, who recently accused Tyrese of blowing off their little daughter, choosing to go to Dubai instead, but Tyrese said he did went to Dubai, but not for recreation but for business, he had a couple of  jobs there, he needed the money to pay  the child support the same Norma was demanding.

Tyrese and his girlfriend former Pussycat doll member Lyndriette Smith, born Kristal Smith, have been seen walking the red carpet at several events, before Lyndriette there was Norma his wife for just 10 months, by staying married for less than a year to Tyrese, got Norma zero cash during their bitter divorce.

33-year-old Norma Gibson born Norma Mitchell, a former assistant at modeling agency,  has been married twice, both ended in divorce, she got married to the Fast & Furious actor in 2007. She gave birth to their daughter Shayla Lyana Gibson on July 11th, 2007. 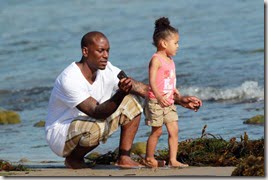 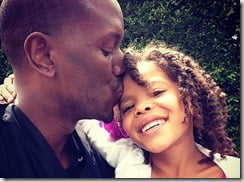 Norma met Tyrese in 2003, she was living in London with her mother, was going to college and was unemployed. They dated for a year before she moved to L/A with him, she found she was pregnant in mid 2006, after their divorce in 2009 he agreed to give Norma $6,230 in support, plus he pays her rent, car lease and all of  Shayla expenses, clothes, school, etc..

Last September Norma Gibson was seeking a raised in the child support he provides, but the judge ruled out in Ty’s favor.