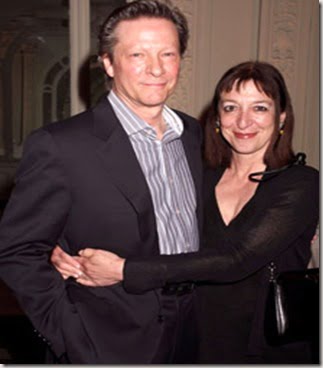 62-year-old actress/author Marianne “Mary” Leone is the lovely wife of 31-years of major Hollywood actor Christopher “Chris” Cooper. Her husband stars in the upcoming The Amazing Spider-Man 2 movie to be released on May.

Mary is also an essayist and screenwriter but we know her from her role on the popular HBO series The Sopranos, in case you didn’t catch her, she played Christopher Moltisanti’s mother.

She and Chris have been married since 1983. She gave birth to their only child in 1987, a son –Jesse Lanier Cooper –who was born prematurely. The couple suffered the great loss of their only son who passed away in 2005 at age 17 from Sudden unexpected death in epilepsy.

Jesse was described as an honor-roll student who loved to windsurf and write poetry. He also had severe cerebral palsy and was quadriplegic, unable to speak, and wracked by seizures. In 2010 a her memoir was published in her late son’s memory, it was titled “Knowing Jesse: A Mother’s Story of Grief, Grace, and Everyday Bliss”

Mary along with hubby made of their experience with their son something they could share with others, becoming strong advocates for disabled children.

A Mother’s Story is a raw, emotionally charged book about a mother’s deep love and bold determination to give her son every opportunity to live a full life, a dream realized until Jesse’s untimely and unexpected death in 2005 at age 17. Just days after his birth, Jesse suffered a cerebral hemorrhage, which resulted in a diagnosis of cerebral palsy, life-long seizures and wheelchair use.

Outside the big screen, her hubby who is worth some $10 million, grew up as a self-described “blue-collar cowpoke” in both Kansas City and Houston, living and working on his father’s cattle ranch. While in Kansas City, Cooper performed with The Barn Players, a local community theater. He also served in the United States Coast Guard Reserve. He began school at Stephens College, where he studied ballet, and then attended The University of Missouri, receiving degrees in both Drama and Agriculture.

On the other hand Marianne who hails from Boston, Massachusetts, was born to Italian immigrants her hubby has been in over 30 films and television shows since his first appearance in 1987.

By the way, have you seen The Amazing Spider-Man 2 final trailer? Marianne’s Oscar-winning husband plays the green Goblin!