Laura Dern, the award winning actress best known for her numerous film and TV roles needs little introduction, however how much do you know about her personal details?

The actress, director and producer is all over the place, at 52 -she is busier than ever and is safe to say she has started award season with the right foot.
The California native and daughter of character actors Bruce Dern and Diane Ladd -is well known for appearing in some major motion pictures — from Jurassic Park to Star Wars. She was nominated for her first Oscar when she was 22 years old for lead actress in “Rambling Rose.” Since then she’s been nominated for one more Oscar and taken home five Golden Globes.

Dern has also been married and is the proud mother of two teenage children. Learn more about them below. 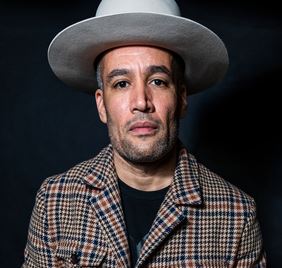 More like ex-husband, Dern was married to musician, Ben Harper for eight years from 2005 until their split in 2013.
The couple met and fell for each other in the early 2000’s. They actually met at one of Ben’s concerts in fall of 2000. The two became husband and wife in 2005 and five years later filed for divorce -which was finalized in 2013.

Benjamin Chase Harper was born October 28, 1969. The Pomona, California native is an singer-songwriter and multi-instrumentalist. He is the son of Ellen Harper, a singer, songwriter, and multi-instrumentalist in her own right.
Ben Harper is best known for his guitar-playing skills, vocals, live performances, and activism -landed a deal with Virgin Records in 1992 and has since released at least 12 studio albums and won three Grammy awards.

He is currently married to Jaclyn Matfus, his third wife. Ben was first married to Joanna Harper -with whom he welcomed two children, son Charles and daughter Harris. Dern was his second wife. He and current wife, Jaclyn Matfus -tied the knot in 2015.

Laura Dern is the proud mother of two children from her previous marriage to Ben Harper. The couple welcomed son, Ellery Walker in 2001 and daughter Jaya, born in 2004. 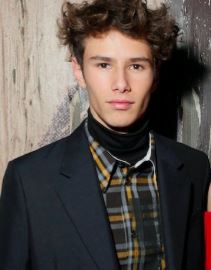 During an interview, Dern revealed that Ellery “had a surgery at birth and it was life-threatening.” However, the now 18-year-old who enjoys surfing and skateboarding is also a model singed to DNA models. He made his runway debut at 17 and has also expressed a desire in fashion design. Find Ellery Harper on Instagram here. 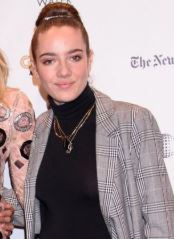 As for a romantic life, Laura Dern was most recently linked to Baby Yoda -however, we have a feeling that she might be single at the moment and she is enjoying every minute of it.