Isobel’s sister took home the award for Best Comedy Series at the 25th annual Critics Choice Awards on Sunday; Phoebe gave special thanks to her sister in her speech saying that her music had “covered and elevated” the “slightly mediocre bits” of the show.

So just who is Isobel Waller-Bridge? We already know about her younger sister Phoebe being a triple threat as an actress, writer and producer; however she isn’t the only talent in the family. Isobel Waller-Bridge, is an award-winning composer who writes music for TV, film, theatre and the concert hall. They also have a brother Jasper Waller-Bridge -who is a music manager. 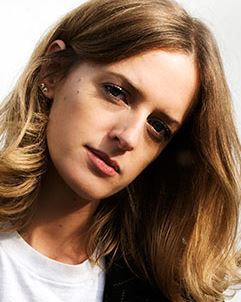 Isobel Waller-Bridge was born April 23, 1984; she was raised in west London by a mother who works for a livery company and a photographer father.

Isobel who was four when she began learning the piano, graduated with a First Class degree in Music from Edinburgh University and then received a Masters with Distinction from King’s College London. She was subsequently awarded a scholarship to the Royal Academy of Music, where she received her diploma.

After graduation she became an assistant to various composers and later landed her first commissions for theatre and TV. As a performer, Isobel has played concerts in venues across London, including the St James Theatre and Union Chapel. She released her debut album Music for Strings, in 2015.
She is best known for creating dramatic original scores for feature films, television drama, and narrative-driven entertainment. Scores for the screen include Black Mirror, The ABC Murders, Vanity Fair, The Split, Vita and Virginia and Fleabag.
Isobel Waller-Brige can also be heard in the BBC television series Frozen Planet and Martin Phipps’ in the BBC’s War & Peace.

Isobel who is known for her work in a wide range of musical genres, has received a number of prestigious awards, including Best Composer at Underwire Film Festival and winner of Best Sound Designer at Off West End Theatre Awards.

Unlike her sister, Isobel enjoys a low profile. She currently lives in east London.
Find her on Instagram here.