Kimberly Woodruff is the loving and beautiful wife of rapper, record producer, filmmaker and actor Ice Cube whose name is O’Shea Jackson. Ice Cube and Kimberly have four amazing and lovely children together.

Kimberly Woodruff’s hubby Ice Cube was born and raised in L.A to Doris and Hosea Jackson. ice’s mum worked as a custodian and a hospital clerk and his pops was a groundskeeper at UCLA. Ice wrote rap while he was in keyboard classes at George Washington Preparatory High School. He studied architectural drafting at the Phoenix Instituter of Technology.

While he was a member of World Class Wrecking’ Cru he gained the interest of Dr. Dre who was a DJing at Eve After Dark and noticed he had potential, we all know Ice Cuber’s story in music and films but what do we know about his personal life, his children and his pretty lady Kimberly Woodruff? 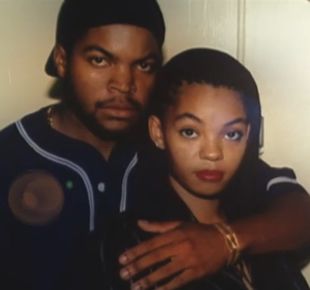 When Kimberly Woodruff and Ice Cube met he was struck by her, but she was not into him at all as she was in a relationship at the moment, but things turned out much different about six months later when they saw each other again and Kimberly was single. They got married on April 26, 1992, their eldest child, son O’Shea Jr. was born on February 24, 1991 who is also a rapper and an actor who had the great honor to portrayed his old man in the 2015 biopic Straight Outta Compton. 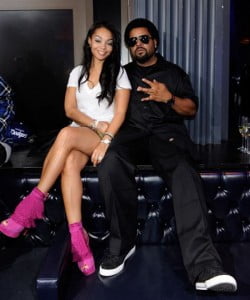 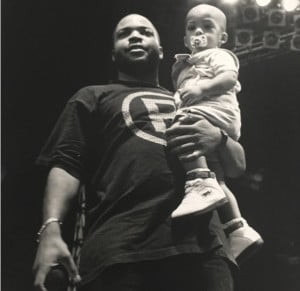 46-year-old Kimberly Woodruff Jackson gave birth to their second son Darrell on December 29, 1992, like his older bro Darrell is also a rapper. Kareema the first girl born in the Jackson Woodruff family was born  on February 17, 1994 and then Sharif on November 27, 1995. They reside in Encino, California.