Nancy DeMaio is the beautiful mother of actor Jesse Metcalfe, famous for his roles as John Tucker in John Tucker Must Die, John Rowland in Desperate Housewives and Christopher Erwing in Dallas among others.

So Jesse dated and even became engaged to actress Cara Santana, they started dating in 2009 and split up in January 2020, although they quarantined together; however, Metcalfe’s #1 girl is and forever will be his momma Nancy; who for sure will be cheering for him now that he joined the cast of DWTS, with new host Tyra Banks.

Born with Portuguese and Italian ancestry, Nancy DeMaio, not much out there about  Jesse’s lovely mother; thus far we know that she was born Nancy E. DeMaio on July 29, 1958.

Nancy is one of the children born to Elinor Souza DeMaio Creevay and Gennaro DeMaio. She has one brother named Gino, and three sisters, Christine, Jean and Sandra Grace.

Furthermore, Nancy’s mom passed away at the age of 86, on June 21, 2019. Jesse Metcalfe’s mother resides in Waterford, Connecticut. 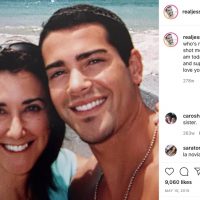 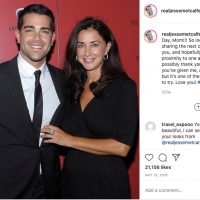