Meet pretty Rochelle DeAnna McLean; she is the lovely wife of singer and songwriter AL McLean, who was a member of the popular boy band Backstreet Boys along with Howie Dorough, Kevin Richarson, Brian Littrell and Nick Carter who competed on the 21st season of Dancing With The Stars.

AJ is following his former teammate’s steps as he is competing on Dancing With the Stars for the show’s 29th season.

Certainly, you all know AJ’s story, let us sum it up in 5 fast facts.

Full name is Alexander James McLean born on January 9, 1978, in West Palm Beach, Florida; he is the only child born to Denise Solis (nee. Fernandez) and Bob McLean, who divorced when AJ was 2.

McLean struggled with a speech impediment as a child; around that same time, he started taking dance lessons, along with acting and singing.

His first acting role came at the age of 8, in 1986, in the film Truth or Dare; he later appeared in Nickelodeon’s Welcome Freshmen, Hi Honey, I’m Home!, GUTS.

He joined Backstreet Boys in 1993, after meeting Howie and Nick at an audition a year or so earlier. 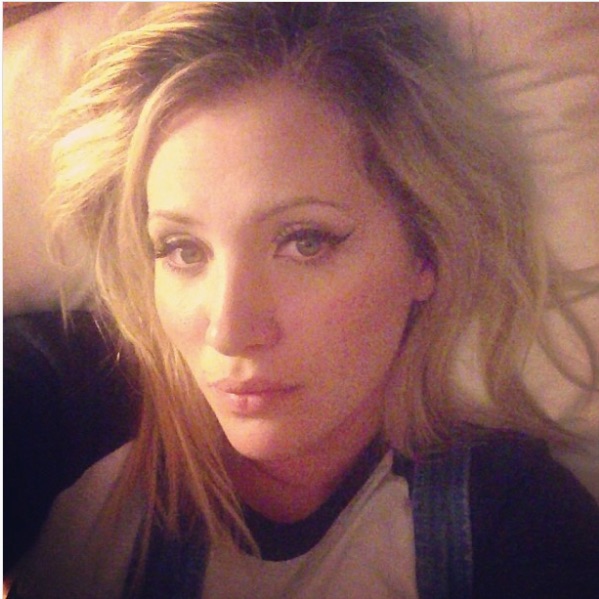 Rochelle attended Canyon High School, took dance classes before starting a career in modeling; around that same time, she got interested in cosmetology, therefore decided to attend Paul Mitchell the School in Sherman Oaks.

Rochelle McLean has worked on several sets of t.v series and short films like Family Jewels, Project Hollywood, Population Suicide and Nick’s big Show among others.

Rochelle first saw her husband when she was 17 when she attended one of his concerts, but it was until a year later that they really got to know each other when they attended the Choreographers Carnival.

AJ finally got to ask her out saw seven years later when she was working as a bartender at Saddleback Ranch, however, she dissed him out.

McLean was going thru a rough patch at the time, when Rochelle turned him down he asked one of her co-workers, who he dated until 2008.

When that relationship ended AJ asked Rochelle out again, this time he was getting his life back in order, so she gave him a chance, they started dating on March 22, 2009.

I saw them in concert when I was 17, so I was familiar with their music. I was a dancer, so I knew some dancers that toured with them on Black and Blue, but I was more a New Kids and *NSYNC fan.

When we met, my tastes had changed to rock’n’roll and emo, so I didn’t know they were still recording and touring. I was very hesitant to go out with him. He had the reputation of the bad boy and going to rehab. But he was so nice! So I gave it a shot.

These two dated for 10 years, before AJ finally proposed on January 9, 2010. They eventually tied the knot on December 17, 2011, at the Beverly Hills Hotel in Cali. 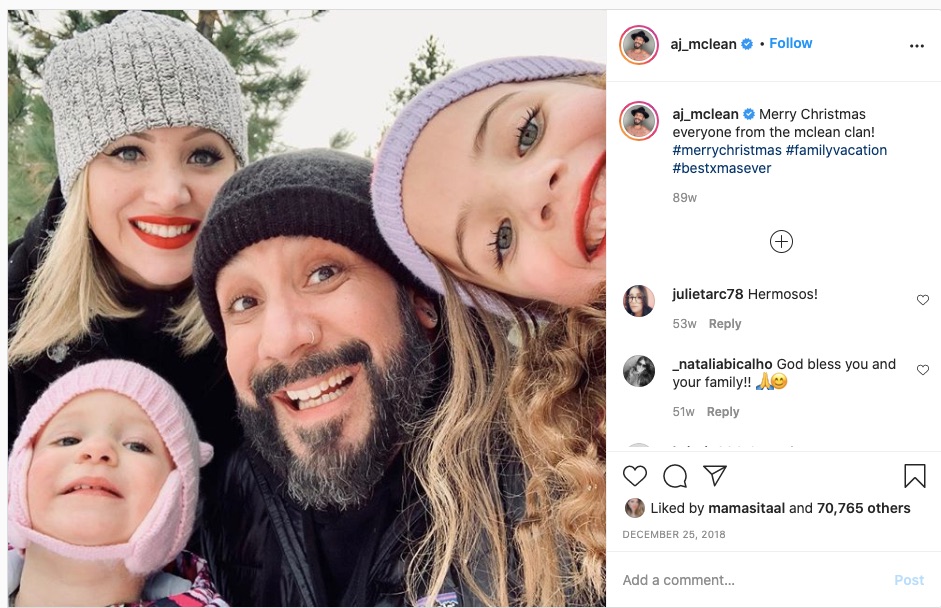