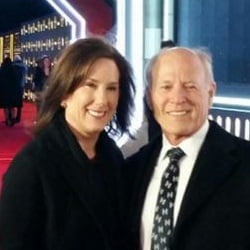 Frank Marshall is a movie producer married to Kathleen Kennedy, another movie producer. Both Frank and his wife are well known names in Hollywood.

In recent news, the couple made their way into Monday night’s world premiere of Star Wars: The Force Awakens. Let’s just say it was an emotional night for Kathleen Kennedy –who spoke to the crowd just before the film started to share coincidences with film that happened in real life too.

Frank’s wife, graduated from Shasta High School in Redding, California. She is a member of the Board of Governors of the Academy of Motion Picture Arts and Sciences (Producers Branch) and also has a twin sister named, Connie Kennedy.

In 2012, Kathleen, was named co-chairman, with George Lucas, of “Lucasfilm”. According to her Lucas Film page, she is an Eight-time Academy Award®-nominated producer.

Prior to joining Lucasfilm, Kennedy headed The Kennedy/Marshall Company, which she founded in 1992 with hubby Frank Marshall. In 1982 she co-founded the phenomenally successful Amblin Entertainment with Marshall and Steven Spielberg. 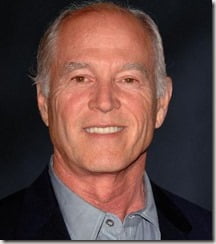 Frank Marshall and his wife have been married since 1987. They are the parents of two daughters.

Frank Marshall was born Sep 13, 1946 in Los Angeles, where he and his wife currently reside. He is the son of movie and TV composer Jack Marshall, producer Frank Marshall attended the film department at UCLA.

Following several years on hard work on the lower ranks of the industry, Frank was finally promoted to executive producer in the late 70’s. The movie was, The Warriors. The first of his many collaborations with Steven Spielberg was Raiders of the Lost Ark, for which Marshall received the first of two Oscar nominations.

In 1982, Marshall, his future wife Kathleen Kennedy, and Spielberg formed Amblin’ Productions, which in addition to its many theatrical features was responsible for the TV cartoon series Tiny Toon, Adventures and Animaniacs. Since turning director in 1990, Marshall has been handed many a sow’s ear that he’s managed to convert into a silk purse at the box office.

In 1991, Kennedy and Marshall ventured out on their own to form The Kennedy/Marshall Company, where the duo continued to produce critically acclaimed films such as The Curious Case of Benjamin Button and the international hit franchise based on Robert Ludlum’s The Bourne Identity. The latest installment in the franchise is due in theaters in July 2016.

In 2012, Marshall took over as the sole principal of The Kennedy/Marshall Company when Kennedy became chairman of Lucasfilm Ltd.

During Monday’s red carpet for Star Wars, Marshall approached George Lucas and said jokingly, “You’re not going to beat my movie, are you?” “Jurassic is No. 1. Remember that.”

What do you think? 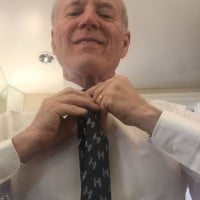 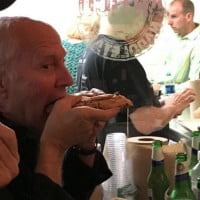 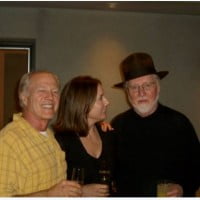 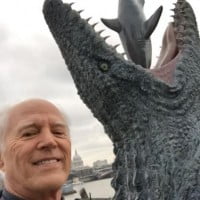 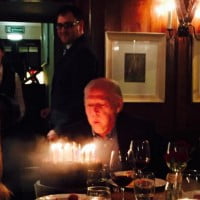 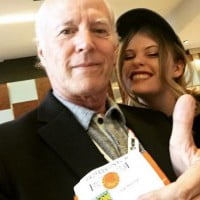 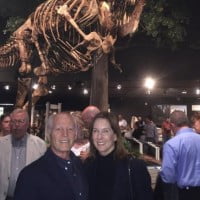